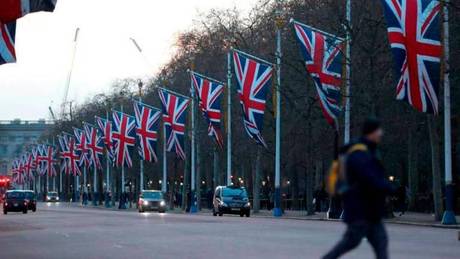 Britain's unemployment rate has jumped to 4.5 percent as the coronavirus pandemic continues to destroy jobs, official data showed on Tuesday.

The reading for the June-August period compared with an unemployment rate of 4.1 percent for May to July, the Office for National Statistic said in a statement.

Early estimates for September meanwhile "suggest that there is little change in the number of payroll employees in the UK; up 20,000 compared with August", the ONS said.

Since the start of the UK pandemic in March, the number of payroll employees has dived by a net 673,000, the data showed.

"The latest batch of data show that the labour market has been somewhat weaker than previously thought and that the fallout from the Covid-19 recession is intensifying," noted Paul Dales, chief UK economist at Capital Economics research group.

"What's more, the prospect of the latest Covid-19 restrictions leading to the economic recovery stalling, if not going into reverse, means worse lies ahead."

The northwest English city of Liverpool was the first area to be designated at "very high risk" under a new three-tiered system.

From Wednesday, Liverpool will see inter-household mixing banned indoors and in private gardens -- while pubs, bars, gyms, betting shops and casinos will close.

This has dealt a further huge blow to the hospitality sector and comes as the UK government's virus furlough scheme paying the bulk of wages for millions of workers is replaced from November by a watered-down scheme.

Kate Nicholls, chief executive of UKHospitality, last week warned that more than 560,000 jobs would be lost to the sector this year as the pandemic kills trade in bars, hotels, nightclubs, pubs and restaurants.

Britain's death toll from the virus is the highest in Europe at almost 43,000.