Federalism in Lebanon: Myths and Reality 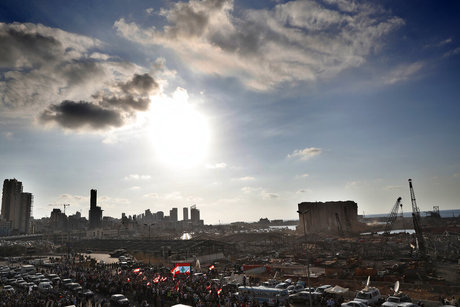 - Federalism: A Constitutional Model of Governance -

“Federalism is a system of government in which the same territory is controlled by two levels of government. Generally, an overarching national government is responsible for broader governance of larger territorial areas, while the smaller subdivisions, states, and cities govern the issues of local concern. Both the national government and the smaller political subdivisions have the power to make laws and both have a certain level of autonomy from each other.[ https://www.law.cornell.edu/wex/federalism]” Around 40% of the world’s population lives under federal systems in countries which vary in surface area, demography, and religious affiliations e.g. Russia, India, the United Arab Emirates, Comoros, the Federated States of Micronesia, Saint Kitts and Nevis, Austria, Germany, Bosnia Herzegovina, Belgium, etc. Yet, a common feature of those states is stability, economic prosperity, and efficient governance and administrate models.

oMisconceptions About Federalism in The Lebanese Context

Federalism is neither a Zionist conspiracy nor a partition of a territory. It is a constitutional model of governance based on the union of self-governing regions. The United States of America unite 50 states - not 50 countries - who share the same currency, national anthem, president, army, etc.

Federalism neither limits freedom of movement between federal units nor alters existing inter-personal social dynamics. One needs not a visa or a laissez-passer to travel from the city of Antwerp in the Flemish part of Belgium to the city of Liege in the Walloon region, neither will they lose their Lebanese nationality.

Federalism does not depend on the surface area of a country. Russia is 17.1 million km2 and Saint Kitts and Nevis is 261 km2. Both are federal countries.

Federalism is not a racist form of government. Racism is neither a quality nor an element of any form of government. Apartheid was practiced in South Africa under a parliamentary republic, while slavery, as a practice, was still legal in the Kingdom of Saudi Arabia until 1961.

Federalism is not a benchmark for evaluating different communities or trading off between the values of different groups. It is an existential need for pluralistic societies and it aims at safeguarding the rights and dignity of groups and individuals within a pluralistic framework.

Federalism is not a reaction to a present context or status quo but a stand-alone strategic choice for a pluralistic society.

- Federalism: A Model for Pluralism -

The forms of government in Lebanon’s modern history (the Qaiem-maqamiya (1845) and the Mutasarrifiya (1861)[ With bloody events between Druze and the Maronites culminating in Mount Lebanon in 1845, Ottomans divided Mount Lebanon, following the suggestion of Austrian Chancellor Klemens von Metternich Mount Lebanon into two provinces, Christian and Druze, each governed by a respective governor. This arrangement introduced confessional representation as a constitutional principle into Lebanese public life. It also provided the Mountain's political leadership with experience in the procedures and problems of a bureaucratic government.

Another round of bloody events between the two parties in 1860 led to the establishment of the Mutasarrifiyya regime as of 1861 and until 1918. Mount Lebanon was to be governed by a Christian non-Lebanese Ottoman official the Mutasarref, assisted by an elected administrative council representing all religious sects]) and the Lebanese constitution as of 1926 were built around elements of pluralism and diversity, which happen to be religious and sectarian. Prior to the Qaeim-maqamiya and the Mutasarrifiya, the Ottoman Empire adopted the Millet system. The term millet in the Ottoman Empire referred to a non-Muslim religious community.[ https://www.oxfordbibliographies.com/view/document/obo-9780195390155/obo-9780195390155-0231.xml] Under this system, the heads of the Millets were the “representatives” of their religious constituencies and were accountable for their deeds. The Ecumenical Patriarch of Constantinople, Gregory V, was hanged on the patriarchate’s gate in Istanbul in 1821 in response to the Peloponnesian uprising against the Ottomans in Greece.

The recognition of religious and sectarian affiliations as elements of pluralism and diversity is not a defect but an accurate reflection of the reality of the Lebanese social and “identitarian” fabric. This recognition is not a corollary of sectarian isolationism. Moreover, political claims throughout various periods of Lebanon’s modern history have always been a representation of religious aspirations. While recognizing that religious and sectarian identities constitute the backbone of diversity and pluralism in Lebanon, there are other factors as well, such as geographical, agricultural, and industrial dimensions, thus opening room for different adequate legal, fiscal, and administrative regulations and systems of governance.

National identity in a pluralistic society is not a uniform and monistic composition. This observation is sustained by the ongoing claims of religious entities channeled through political parties and leaderships.

-Sunnis rejected le Grand Liban in 1920 and called for unity with Syria. They only dropped this claim when they found out that the Syrians had reached an agreement with the French mandate authorities without consulting with them or even considering their interests. Yet, they still identified with non-local entities and aligned themselves with these, i.e., Nasser in Egypt, the PLO in Beirut… “Home is where the heart is” redefined!

-The Christians rejected the union between Egypt and Syria within the framework of the United Arab Republic (1958 – 1961), which threatened Lebanon’s fragile stability and their control over the central authority but, most importantly, their political and social identity.

-Druze leader Kamal Jumblatt criticized during the early stages of the Lebanese civil war, the Maronite rule and called for “erasing 140 years of [Lebanon’s] forged history based on sectarianism, so that we can all return to original Lebanon, the Lebanon [under the rule] of the Shihab, the Maan the Lachmites and the Tanukhids [dynasties], which lasted for more than 900 years without the disease of sectarian fragmentation.[ Harb al sanatayn wa ba’ad, Adel Malek, Dar saer al Mashreq, 2016]” The 140 years Jumblat referred to were the Qaiem-maqamiya and the Mutasarrifiya; the dynasties he mentioned and who ruled prior to 1845 were all Druze.

-The 1989 Taef Agreement recognized Lebanon as being an Arab country, a claim championed by Sunni Muslims in Lebanon as of 1926, as opposed to Lebanon being a country with an Arab face as claimed by Christians.

-As of 2006, Lebanon has taken a turn from a gradual to an almost full embrace of an Iranian agenda promoted by Hezbollah, which until further notice is alongside with Amal Movement, the legitimate representative of almost all Shiites in Lebanon. Ballots are the loudest among political deeds!

-As of 2008, calls for a tripartite distribution of power in Lebanon (Sunni-Shia-Christian) suggests that the concept of equal power-sharing is not based on political programs but on religious presence and control over power. Political programs are substituted by religious factions’ aspirations and objectives.

-In 2009, the call of the late Maronite Patriarch Nasrallah Sfeir for the formation of a cabinet based on the parliamentary majority (which was then favoring March 14 coalition) sparked a political dispute with the late Shiite authority Sayyed Mohammad Hussein Fadlallah, and which expanded to include almost all religious factions in Lebanon. Fadlallah called for a “popular majority and popular referendum, so that people would have their say,[http://dailystar.com.lb/News/Lebanon-News/2009/Aug-27/54645-fadlallahs-latest-criticism-of-sfeir-sparks-march-14-backlash.ashx]” and slammed the Maronite Patriarchate slogan "the glory of Lebanon is given to the Maronite Patriarch” (echoing (the book of Isaiah 2:35)) by stating that “Lebanon’s glory has been given to the struggling and resilient people of Lebanon.[ https://www.moqawama.org/essaydetails.php?eid=15894&cid=324]”

Here are the “political” reactions to this dispute:

Christian leaderships in the March 14 coalition replied to Fadlallah by recalling the Maronite Patriarchate’s role in the Peace Conference in Paris 1920 and the declaration of Le Grand Liban, as if to say, “We Christians are behind the idea of Lebanon as a country.”

Druze leader Walid Jumblatt recalled the Druze community’s uprising against French mandate authorities in 1925 as if to say that “we Druze have also fought and resisted the occupant.”

Hezbollah MP Nawaf Moussaoui reminded all Lebanese that Jabal Amel (Mount Amel), which is a demographic stronghold for Shiites, and a political one for Hezbollah, existed as a “separate” entity way before the existence of the Grand Liban.

How can a melting pot, as the Taef agreement is “rightly” described, or an expanded decentralization system deal with such “identitarian” and existential claims of various Lebanese sects and groups? Addressing existential premonitions through economic and social plans is like arguing with the rider while others are whipping the horse.

One can argue that the October 17 uprising has offered a new model with new dynamics and alternatives. This point will be further elaborated later in this paper.

- Federalism: A Platform for Democracy -

As the concept of democracy shifted from being the rule of the majority (as per the classical Greek definition) to being both the rule of the latter while ensuring the protection of minorities, federalism qualifies as a custodian of democracy, especially in pluralistic societies. It enhances true representation and participation, reduces layers between citizens and public institutions and services, and allows for better accountability, through limiting the margin of national unity government like-models based on the concept of national consensus (as a sine que non condition for any decision) where the executive is constituted following the image of parliament; thus disabling any chance of monitoring and true accountability.

oInstead of Asking Why, Let us Ask Why Not

] the unitary model of governance in Lebanon has proven its failure at different times where political choices and disputes, and wars had a religious identity:

As of the early days of the civil war in Lebanon, the slogan "abolishing sectarianism from souls" has come to prominence, and sectarianism has been described with a myriad of horrendous attributes. Yet, an individual dispute between the Chiyah region (Shiites) and Ain al Remmeneh (Christian) is still capable of fueling sectarian strife. What about the unresolved land dispute in Lessa between the Shiites and the Maronite Patriarchate? What about the reactions to statements delivered by religious leaders across all lines?

Abolishing sectarianism surpasses change in mentalities and seems more like a genetic reengineering of the Lebanese mind-set. Forty-five years after the beginning of the war, Lebanon is still moving from one failure to another. Why not consider a change in the constitutional system instead?

The October 17 movement indeed created new cross-sectarian dynamics emphasizing the values of citizenship, rule of law, transparency, and accountability. Yet, this movement only survived on the ground because it followed a federal like model. Areas of major gatherings and protests followed more or less the demarcation lines of the war and reflected the religious and sectarian fabrics of the Lebanese society:

-Shiites in Tyre and Nabatiyeh.

-Sunnis in Barja and Tripoli, and other areas in Akkar and the Bekaa.

-Druze in the Chouf region.

-Diversified protestors in Down Town Beirut, the Ring Bridge, and Furn el Chebbak.

As each group was in its own “environment” with no “competition” with other groups, they all expressed common demands, aspirations, and challenges, each through its wordings reflecting its local identity. Surprisingly, when each group was left alone to do so, it only raised the Lebanese flag. This showcases that such values are well preserved, defended, and promoted within a federal system. Values of democracy, citizenship, and rule of law are not restricted to one model of government. This federal-like model allowed for flexibility and maneuver in terms of countering coercion and constraint by government and security forces.

Political choices in Lebanon have always been in their majority the choice of religious sects. The existence of renowned personalities across dividing lines during the Lebanese civil war did not affect the course of events and the overall identity of its parties. While keeping in mind that major turns and changes in Lebanon’s history, entailing changes in its governance model were never the result of internal dynamics but always that of the conversion of regional and international will. Thus, it is prime before discussing any technical matters related to federalism - i.e., geographical distribution, legal systems, constitutional models, and so on - to recognize the failure of the central system in managing the relationship between various components of the Lebanese social fabric and in addressing their identarian fears and concerns.