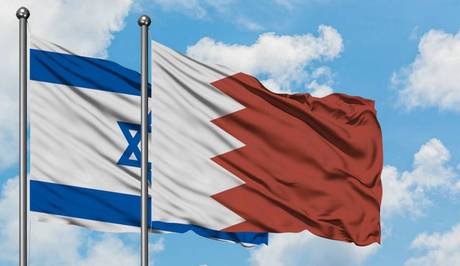 Israel and Bahrain will officially establish diplomatic relations Sunday at a ceremony in Manama, an Israeli official said, after the two states reached a U.S.-brokered normalization deal last month.

An Israeli delegation led by National Security Council chief Meir Ben Sabbat took off from Tel Aviv for a one-day trip to Manama that will see Israel and Bahrain formalize the agreement they signed at the White House on September 15.

They will ink a "joint communique (that) is the establishment of full diplomatic relations," an Israel official in Manama told reporters.

After a ceremony scheduled for Sunday evening, Israel and Bahrain will be free to open embassies in each other's countries, the official said.

An Israeli embassy in Manama is scheduled to open in the coming months, the official added.

The United Arab Emirates and Bahrain became the third and fourth Arab states to agree to normalize ties with Israel, following Egypt's peace deal with Israel in 1979 and a 1994 pact with Jordan.

The deal outraged the Palestinians, who have called on Arab states to maintain unity against Israel.

Before takeoff, Israeli delegation chief Shabbat said the aim was "to translate into practical plans and concrete agreements the peace declaration that was signed on the White House lawn."

In addition to the joint communique establishing diplomatic ties, Israel and Bahrain are expected to sign six to eight memorandums of understanding, a government statement said.

Security cooperation is likely to feature prominently in bilateral relations.

The Palestinians have condemned the Gulf agreements with Israel as "a stab in the back" for their aspirations to establish an independent state of their own.

Israel agreed to suspend annexation plans in the occupied West Bank in exchange for UAE ties but has expanded settlement activity since the deal was announced.

Key player Saudi Arabia has said it will not follow its allies Bahrain and the UAE in establishing diplomatic relations without a resolution to the Palestinian issue.

Israel's parliament on Thursday ratified the normalization agreement with the UAE, and a separate vote on the Bahrain pact is expected once the details are finalized.

Perhaps Saudi Arabia can learn from its connections with Taiwan how they have overcome the problem of not having diplomatic relations.
Instead of Embassies and consulates, they have Trade Offices in each others capitals, mostly led by a person with the personal rank of ambassador. Taiwan hase 58 of these offices so why can't SA have one in Israel, for example.