MP Says FPM May Grant Govt. Confidence Even if Led by Hariri 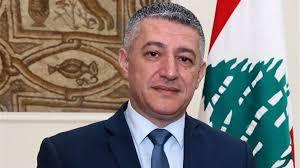 The parliamentary bloc of the Free Patriotic Movement might grant the new government its vote of confidence although it will not name Saad Hariri in the binding parliamentary consultations to pick a new premier, an MP said Sunday.

“Hariri might be designated to form the next government on Thursday, but we cannot in any way vote for Hariri to form the new government,” MP Georges Atallah of the FPM-led Strong Lebanon bloc told LBCI TV.

“We have said that we don’t intend to nominate Hariri for several considerations and any phone call will not change this stance, but we might grant the government our vote of confidence if the government gives the impression that it might implement and the reforms and the roadmap that were proposed at the Pine Residence,” Atallah added.

“We cannot go to a government under the label ‘government of specialists’ while its premier is a politician and at the same time (political) parties have shares in it,” the lawmaker said.

He also noted that the FPM is not opposed to the formation of a so-called techno-political government but added that the PM-designate will have to talk to “all Lebanese forces.”

Bottom line : to the outside a lot of finger pointing; behind the scenes, all of them ,the gangsters are united to keep it as is...it is so obvious

FPM are just a group of devils ...

All a bunch of mafioso that robbed the people... now we need a people's democratic republic like China that will Uyghur the political class, set them in rehabilitation camps with their families and make them pay for their sins!