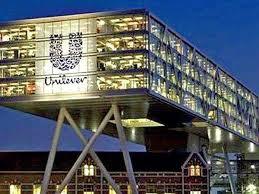 Unilever, the maker of brands ranging from Ben & Jerry's ice cream to Dove soap, is trying to win over customers with a socially responsible makeover, but activists say that some of it is just cosmetic.

The Anglo-Dutch consumer giant has introduced a series of initiatives aimed at making it, in its own words, the world's most sustainable company, while also taking a position on issues such as racism.

The firm, which releases third quarter results this week, has recently promised to halve its use of plastic by 2025, eliminate the use of fossil fuels in cleaning products by 2030, and achieve carbon neutrality by 2039.

But the multinational behind Marmite yeast spread, Lipton tea and Knorr soups is "still a big polluter", says Meike Rijksen, campaigner for plastic at Greenpeace Netherlands.

"We recognie that Unilever is doing more than most companies, but it is by far not enough," she told AFP.

Unilever remains the fourth biggest producer of plastics polluting the planet, behind Coca-Cola, Nestle and Pepsico, according to a report in 2019 by Break Free from Plastics, a global coalition of NGOs.

Greenpeace urged the firm to invest in renewable materials across its activities and to eliminate single-use plastics.

Unilever has argued that "responsible" corporate behavior is good business, since it will attract young, more environmentally-conscious customers.

"We make sure that our brands take action on the issues that consumers care about," Marlous den Bieman, media relations manager for Unilever Benelux, told AFP.

Chief executive Alan Jope has himself said that "woke-washing is beginning to infect our industry", warning against companies promising action on social and environmental causes without following through.

Unilever was one of the first major firms to joint a boycott on advertising on Facebook, Twitter and Instagram in the US until the end of 2020 due to the "polarized election period" there.

That same month Unilever said its Indian and Bangladeshi arms would rename their locally marketed "Fair & Lovely" skin-lightening cream in the face of the global "Black Lives Matter" protests.

Meanwhile the group has also been adding some more "green" to its stable of 400 brands.

It has recently bought the eco-friendly U.S. detergent maker The Laundress and the Dutch "vegetarian butcher" De Vegetarische Slager.

"Climate action is mainstreaming, and companies prioritizing it today can gain a competitive advantage," said Steven Tebbe of CDP, a London-based organization which runs a platform for companies and cities to share environmental information.

"Not only consumers, but also investors and big corporate buyers are increasingly expecting companies to be transparent and take more urgent responsibility for their environmental impacts," Tebbe told AFP.

Unilever has also announced a zero-deforestation policy and a "responsible" method of choosing suppliers for meat, palm oil and soya, three products notorious for contributing to the problem.

"Their commitment to environmental disclosure and ambitious emissions target shows that climate action is deeply integrated into their overall strategy," Tebbe said.

Greenpeace, however, feared that Unilever was effectively "greenwashing" its image.

"Their whole business model is still based on environmental destruction. In the meantime, they are being praised internationally for their action on sustainability -- that is worrying," said Meike Rijksen.

As one of the world's biggest producers of food and consumer goods, Unilever had to set a genuine example in bringing about a "fundamental change in the broken system."

"They can and they should take this responsibility," added Rijksen.