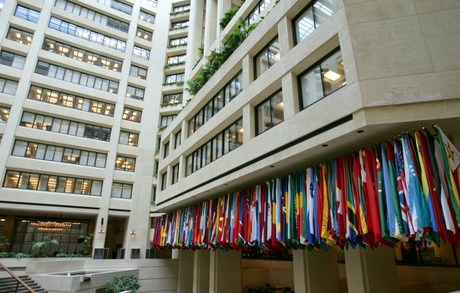 The International Monetary Fund said Monday that Lebanon’s economy is heading towards a contraction by 25%, compared with an estimated shrinkage of 12% in April -- one of the region's sharpest economic contractions this year.

According to a report published Monday by the IMF, the coronavirus pandemic has pushed nearly all Mideast nations into the throes of an economic recession this year, yet some rebound is expected as all but two -- Lebanon and Oman -- are anticipated to see some level of economic growth next year.

The pandemic has only pushed Lebanon further to the brink seeing as the country was already witnessing its worst ever financial and economic crisis.

The currency has dropped by 70% compared to the end of last year, with people struggling to afford basic goods.

A devastating explosion at Beirut's main port in August killed around 200 people, injured around 6,500 and destroyed entire neighborhoods. The blast also left hundreds of thousands of people homeless.

Hezbollah runs the military and the government. This problem is theirs to fix. What is their proposal?