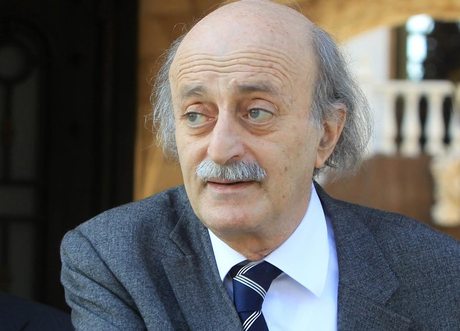 Progressive Socialist Party leader Walid Jumblat on Tuesday hit out at the Presidency and President Michel Aoun’s close circle, accusing them of seeking to repress freedom of expression in the country, following the arrest of a social media user.

“It seems that the inclination of the presidential tenure or its clique is to stifle all forms of expression, the thing that did not happen even during the days of (communist leader) Enver Hoxha and his family in Albania,” Jumblat tweeted.

“I condemn the arrest of Mr. Gaby al-Daher and I deplore all forms of attacks on freedoms,” the PSP leader added.

According to media reports, Judge Ghada Aoun ordered Daher’s arrest after he posted on social media that “President Aoun has led us into hell.”

Daher had been summoned to interrogation Tuesday moring by the anti-cyber crime bureau of the Internal Security Forces.

For a man who was exiled for many years by force ,he should cherish freedom of speech and not think that he is above criticism. He is an outrageously not fit for presidency or any govt position. And as far as this judge(Aoun),What a shame.

this man is genius, he discovered the tragedy and the reason of the miseries of the Lebanese "freedom of expression", bravo.

There’s an ongoing crackdown on freedom of speech ever since Aoun forced his way onto the chair.

This isn’t looking good for the future.....