French Ambassador Says Won’t Give Up on French Plan 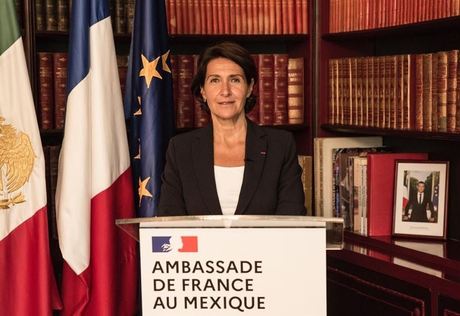 The new French ambassador to Lebanon, Anne Griot, confirmed that her task in Lebanon was to carry out a “specific mission” to follow up on the French plan launched by French President Emmanuel Macron, al-Joumhouria daily reported on Monday.

Griot said that Macron has chosen her for the task because “I resemble him a lot and he knows well that I will not give up,” she said in remarks to the daily.

Griot said in order for the French initiative to succeed, all political parties are required to join efforts to help Lebanon, noting that “France will work to help Lebanon through cultural and health cooperation, not just economic and political.”

France will provide “effective” assistance in all fields in Lebanon, said the Ambassador, noting that “we will continue talks with all political parties with regard to security, and we will support constructive measures.”

She said France is undertaking talks internationally “in the interest of Lebanon," noting that "Paris has explained to the international community that the stability of Lebanon is a necessity for all, and that this stability can be achieved through the French reform paper.”