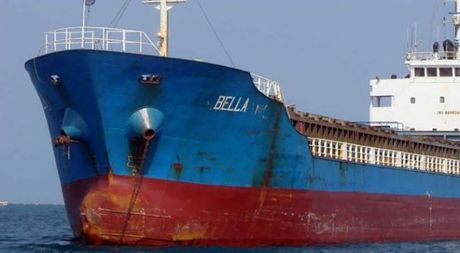 President Donald Trump's administration on Monday slapped fresh sanctions on Iran's oil sector including over sales to Syria and Venezuela, reducing Joe Biden's room for maneuver if he wins next week's election.

The Trump administration since 2018 has imposed sweeping sanctions aimed at ending all of Iran's key oil exports, punishing any country that buys oil from its adversary.

The Treasury Department issued the sanctions by linking the three entities to the Revolutionary Guards' elite Qods Force -- which was earlier designated as a terrorist organization by the United States and whose commander, Qasem Soleimani, was killed in a U.S. attack at the Baghdad airport in January.

"The Iranian regime continues to prioritize its support for terrorist entities and its nuclear program over the needs of the Iranian people," Treasury Secretary Steven Mnuchin said in a statement.

Biden, who leads in polls ahead of next Tuesday's election, supports diplomacy with Iran and backed an accord negotiated under previous president Barack Obama under which Tehran sharply curtailed its nuclear work in exchange for promises of sanctions relief.

The Treasury Department said that a network backed by the Qods Force shipped more than one dozen tankers of oil in spring 2019 -- mostly to Syria, where Iran is a top backer of President Bashar al-Assad as he emerges from a brutal civil war.

Separate from the terrorism designations, the Treasury Department imposed sanctions on a British-based Iranian businessman, Mahmoud Madanipour, and related companies for transactions with Venezuela.

The Treasury Department accused him of arranging the shipment of tens of thousands of metric tons of gasoline to Venezuela, where Trump has been trying unsuccessfully to depose the leftist leader, Nicolas Maduro.

The United States has also imposed sanctions on Maduro's government and earlier this year succeeded in seizing fuel cargo of four vessels from Iran headed to Venezuela -- which suffers major electricity shortages despite its plentiful oil.