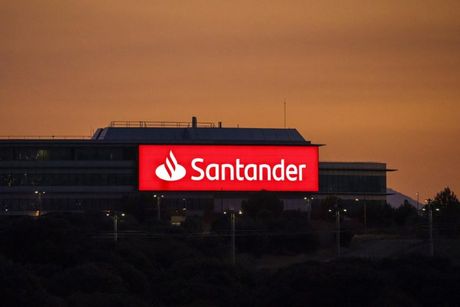 Spanish banking giant Banco Santander said Tuesday it had returned to profit in the third quarter after massive losses in the second of 11 billion euros due to the coronavirus pandemic.

"Activity came back vigorously (after the second quarter lockdown) and as a result the third quarter was much better than the second," bank head Ana Botin said in a statement.

The company also benefited from cost savings worth 500 million euros compared with 200 million in 2019.

The massive second quarter loss was Banco Santander's first ever three months in the red as it was forced to write down the value of several subsidiaries, most notably in the UK.

For full-year 2020, Botin said the bank hoped for earnings of around 5.0 billion euros, without specifying if this was a net figure.

Despite the much improved third quarter performance, for the nine months to September Banco Santander still reported a net loss of 9.0 billion euros.

Bad loan provisions for the nine month period were up 42 percent from 2019 at 9.5 billion euros.

Spain has been one of the countries worst affected by the coronavirus pandemic and while the economy generally did better in the third quarter, a resurgence in cases has led to new restrictions which many fear will once again hit business hard.