Hashem Says Rotation Principle Does Not Apply to Finance Portfolio 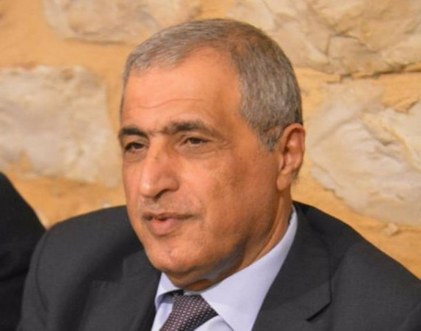 Development and Liberation bloc MP Qassem Hashem said in remarks on Tuesday that the principle of rotation of portfolios in future governments will apply to all ministries “except for the Finance Portfolio.”

“Rotation in ministerial portfolios is up for discussion until we reach an agreement on this, except for the finance portfolio which remains out of the principle of rotation,” said Hashem in remarks to VDL radio station.

However, Hashem, a lawmaker of Speaker Nabih Berri’s Amal Movement, said the formation atmospheres were “positive” and that the efforts could make a breakthrough “at the end of this week or early next month at the latest."

Shall no obstacles arise, PM-designate Saad Hariri is expected to submit a cabinet format to President Michel Aoun once he finishes consultations with parliamentary blocs.

Hariri had vowed to form a cabinet of non politically aligned experts with the mission of economic, financial and administrative reforms contained in the French initiative roadmap.

Political parties wrangling over who controls the Finance Ministry and over a rotation of the three sovereign portfolios have thwarted the attempts of PM-designate Mustafa Adib to form a government.

A relatively unknown diplomat, Adib, had been nominated in late August following the resignation of his predecessor Hassan Diab's government in the aftermath of the deadly port blast.

God bless Development and Liberation bloc MP Qassem Hashem for confirming shia rights to the finance ministry and defying the laws of gravity and rotation in ministerial positions.

And who decided about that? The custom? The Constitution? Or Nabih Berri?
I think I am going to puke... again!

A sunni elected by shia voters, Hashem is hated in his own village. He has tied himself to the mast and will say and do whatever Berri and Nasrallah tell him to.

Yes un520, the Sunnis in his village LOVE Antwan Lahd and LOVE the Israeli enemy and especially Netanyahu.

No, they love Saad Hariri.

Lebanese president's daughter 'doesn't mind' conditional peace with Israel
"I defend the interests of my country Lebanon first. Are we required to remain in a state of war?" • Maronite leader: "Lebanon should be the last Arab country to normalize its relations with Israel."
By TZVI JOFFRE OCTOBER 27, 2020 13:20

SOS: thanks for the info; just read the article, frankly I find nothing wrong about it, do you?

For normal people there’s nothing wrong, but for the deranged kind, it’s disturbing. Remember she’s the daughter of the Hizbala puppet.... is there trouble in paradise ?

Hey SOS who claims to be "Lebanese" Sunni and constantly comments on enemy Zionist propaganda, I am sure Antwan Lahd totally agrees with you.

Antwan Lahd is waiting for you wherever he may be.

He is your buddy. He fled from the Lebanese people to Israel so he can avoid a death sentence. Were you with him at the time?

SOS the Zionist speaks: Antwan lahd is the only NORMAL person in Lebanon even though he died many years ago.

S.O.S. Perhaps the daughter of the President is not speaking just for herself, but has many of her age group in Lebanon behind her in her thinking.
By the way, who were the Lebanese delegates in the 1980's who met with the Israelis and came to an agreement, which was unfortunately torn up by your then Syrian occupiers?
If what MP Hassem says is correct then straight away, there is no chance whatseover of a technicians government being able to carry out its duties. We can only imagine a cabinet meeting with each Minister having his cellular phone open to his bosses waiting for instructions on what to say and how to vote. Forget about the good of Lebanon.

Hey that was very fast reply paid Israeli Phillipo among other names: The Lebanese who made "peace" in 1983 were under Israeli occupation. That NEVER happened before and it will NEVER happen again. When Israel stops being a terrorist ethnic cleansing expansionist Apartheid colonial state and stops threatening its neighbors with war, death, and destruction AND abide by UN resolutions especially the right of return of Palestinian refugees (especially the refugees in Lebanon) then there will be peace. You have no interest in making peace by continuing to kill, demolish homes, stealing land, building Jewish colonial settlements, occupy and threatening neighbors. The ONLY Lebanese who would want to make peace with you are criminal collaborators. If you cannot make peace with the natives then go back where you came from. Then there will be PEACE.

BJ, you are very funny!!

Well Philippo, we’re all in favor of peace except those who are pro Syria or Iran.
This being Said, if Biden gets elected, nothing good will come out for the Middle East... because democrats are in favor of Iran and will lower their pants for juicy business deals with Iran.

He will be elected... and already said he will be in touch with Iran within the first month of his presidency to normalise ties... we'll be back to square One!

I fear he will as well. My family in the NY, AL, TX and CO are all registered Republicans. At least 3 of the four will be voting for Biden... they may be Lebanese , but they vote for America and its interests first.... to them, Lebanon is the past or some weird place (for those born in the USA).

"we’re all in favor"...You will follow Antwan Lahd soon,but I hope you first choke on your matzo balls like Antwan did.

I wish Trump wins. He is causing short term pains, but he is Isolating Israel, the Israeli lobby in the US, and the Arab puppet Tyrants in the world as China rises and will replace the current banking transactions system. Russia has something on Trump and if he is reelected he does not need any one to be reelected and do what He wants. He can do a lot of things without Congress help.