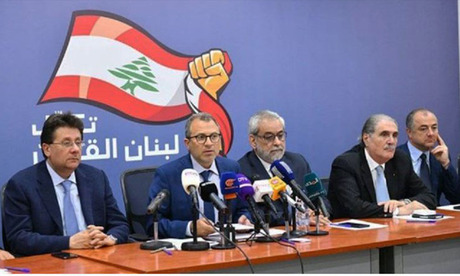 The Free Patriotic Movement-led Strong Lebanon bloc on Tuesday announced that it is “committed to the utmost degree to facilitating the formation” of the new government.

In a statement issued after its weekly meeting, held electronically due to Covid-19 restrictions, the bloc added that it insists on “the unity and fairness of standards towards all blocs and components.”

It also said that it is “positively awaiting the outcome of the ongoing consultations between President Michel Aoun and PM-designate Saad Hariri to in order to decide how to deal with the formation issue.”

The bloc also added that it is betting on “the success of these consultations in respecting the standards of the National Pact and the Constitution.”

It accordingly called for naming ministers who have the ability to “quickly implement the reform program through their competency, integrity, effectiveness, expertise and knowledge of the state’s affairs and sectors.”

What a joke another private political party looking at their personal business needs.....