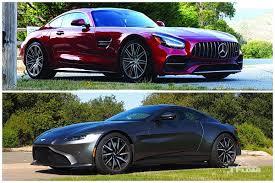 Mercedes-Benz maker Daimler announced Tuesday it was stepping up its technical cooperation with Aston Martin that could see the German firm take a stake of up to 20 percent in the James Bond carmaker.

The deal gives Aston Martin access to Mercedes-Benz's next-generation hybrid and electric powertrains, as well as other vehicle components and systems.

Mercedes-Benz could see its stake in Aston Martin rise from 2.6 percent currently up to 20 percent, which corresponds to 286 million pounds (315 million euros, $374 million).

"Mercedes-Benz AG has no intention to increase its holding in Aston Martin beyond this level," the automaker said in a statement.

Mercedes-Benz first provided technology for Aston-Martin in 2013, receiving a 5 percent stake which was reduced when the carmaker listed its shares in 2018.

Earlier this year Aston Martin recruited Tobias Moers, formerly the head of Mercedes-AMG, the performance division of the German car giant, as its new CEO.