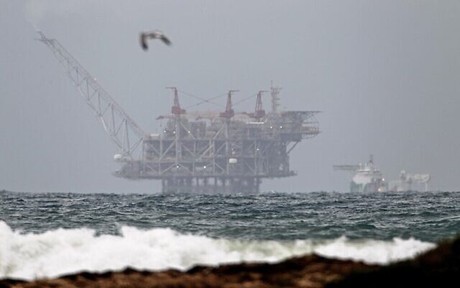 Israel reportedly "refuses" to consider the new Lebanese request to expand the disputed area on the maritime borders, the Saudi Asharq el-Awsat daily reported on Friday.

The daily quoted an “Israeli source” who spoke on condition of anonymity. He said that Lebanon’s request aims to have “full control of two Israeli gas fields” in the Mediterranean, which “does not comply” with the demands raised by Lebanon 10 years ago.

He said the Lebanese negotiators in Ras al-Naqoura “surprised the Israeli delegation” during the third meeting that brought the two parties together, by “presenting a new map demanding not only the disputed area of 860 kilometres, but also an additional 1,430 kilometres inside the Israeli zone in economic waters,"

He reportedly revealed that the above has led to a “heated debate” between the two delegations, and that the Israeli team “informed the Lebanese delegation of their refusal to discuss this request.”

Lebanon and Israel held their third round of indirect talks over the demarcation of their maritime border.

The Israelis have been told for 10 years that the area in question is 860 square kilometers, so why should they agree to discuss a larger area as demanded by Lebanon.
I'd like to bet that if it were the other way round and Israel demanded discussions on only say 500 square kilometers, then the Lebanese would refuse.

Relax, take it easy. It’s only a negotiation tactic.