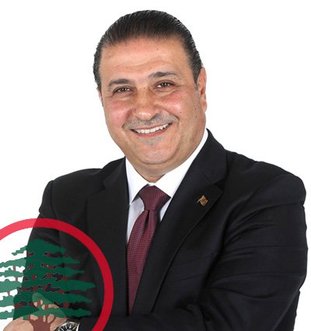 Strong Republic parliamentary bloc MP Fadi Saad said on Friday that the Free Patriotic Movement has the right to adhere to the Energy Ministry portfolio if Hizbullah and Amal Movement insist on retaining the portfolio of Finance.

“It seems we have returned to the same (government) structure. The FPM has the right to hold on to the energy portfolio if the Shiite duo insist on retaining the Finance portfolio,” said Saad in televised remarks during a talk show on LBCI TV station.

The MP, of the Lebanese Forces bloc, said all the information leaked about the process of the government formation indicate its resemblance to former governments, "we have returned to the same structure it seems," he said.

He said the only hope for Lebanon is to form a government of “independent figures.”

Saad believes that during his process to form a new government, the PM-designate is being blackmailed by parliamentary blocs.

“Parliamentary blocs planning to give their vote of confidence for the new government, are blackmailing the PM-designate in order to obtain shares in the government,” he said.

So, in plain simple English so that every single person can understand, nothing has or will change with the new Lebanese government.

phillipo, as long as the sheep worship and follow the thieves that are so called politicians you are correct. The Lebanese pretend to be smart people but they prove time and time again that they are not so smart....