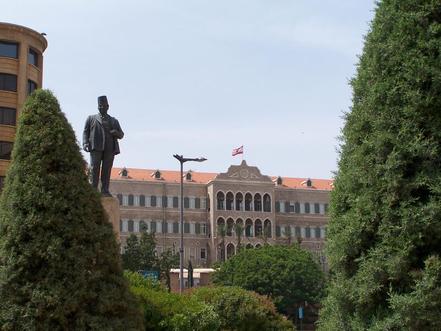 A European official reportedly expressed resentment at what he called “successive negative signals” Lebanese officials continue to send to the international community by their “constant escape from reforms” and adherence to “corruption,” al-Joumhouria daily reported on Wednesday.

According to the daily, a political figure in Lebanon received a lengthy phone call from a senior European official, who “expressed clear dissatisfaction with the successive negative signals the Lebanese send to the international community through their constant evasion of reforms, and their insistence on remaining in the world of corruption they created.”

The source explained that this “destructive” approach will likely lead Lebanon to “the worse,” depriving it from “international aid,” and affecting its economy and political stability at all levels.

“Lebanese leaders mistakenly believe that opportunities will remain available to them to save Lebanon. Although the French initiative is still available, despite the dissatisfaction of French President Emmanuel Macron from their performance, this initiative ends in November,” the European source was quoted as telling the Lebanese figure.

“The international community has other priorities,” according to the source. “Lebanon should grasp this chance and form a mission government capable of reforms today, otherwise it will lose the opportunity.”

Crisis-hit Lebanon has been unable to form a government since President Michel Aoun assigned PM-designate Saad Hariri for the task in October.

“The international community has other priorities,” according to the source. “Lebanon should grasp this chance and form a mission government capable of reforms today, otherwise it will lose the opportunity.”
not only loose the opportunity, but legitimise annexation a part of Lebanon to Syria and the other part will be a solution of the Palestinian issue.

I don't care anymore so be it!

oooh I am scared Europe is discontent. You pathetic Europeans with your appeasements has led us to where we are today. A bunch of warlords have suckered you in and laughed in your face in front of you knowing full well they will not do any reforms and al they want is the money. Go deal with your flood of migrants coming into your countries.