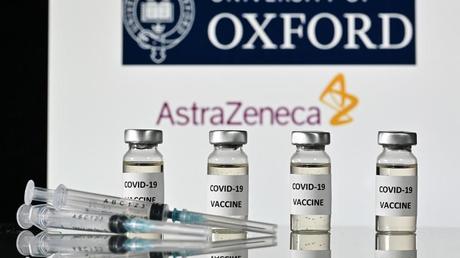 A leading Covid-19 vaccine candidate has shown to safely produce a robust immune response in healthy older adults, its British makers said Thursday as it released its phase 2 trial results.

The vaccine, developed by the University of Oxford and AstraZeneca, produced fewer side effects in people aged 56 and over than in younger people -- a significant finding given that Covid-19 disproportionately causes severe illness among seniors.

The manufacturers said the vaccine was undergoing larger, more comprehensive phase 3 trials to confirm the results.

Immune responses from vaccines tend to lessen as people get older as the immune system gradually slows with age.

This leaves older adults more vulnerable to infection from a variety of illnesses.

"As a result, it is crucial that Covid-19 vaccines are tested in this group who are also a priority group for immunisation," Andre Pollard, an Oxford professor and lead author of the study results, published in The Lancet.

The phase 2 trial saw 560 participants, 240 of whom were over 70, split into groups that received either one or two doses of the vaccine, or a placebo.

They had their immune responses assessed on the day of the vaccination, then several more times over the coming weeks.

Responses were "similar" across all age groups, the researchers said.

"The research shows that an immune response was generated in all age groups, including in the cohort of participants aged over 70 years," said Michael Head, senior research fellow in Global Health at the University of Southampton, who was not involved in the trial.

"Since elderly populations will be one of the priority groups to receive a vaccine when one is available, this is good news."

The Oxford/AstraZeneca vaccine is one of 48 that are undergoing human trials against Covid-19, according to the World Health Organization.

This month Pfizer/BioNTech and Moderna announced the results of phase 3 trials -- which are much larger than phase 2 and normally include tens of thousands of subjects -- that suggested both vaccine candidates were effective in preventing Covid-19.