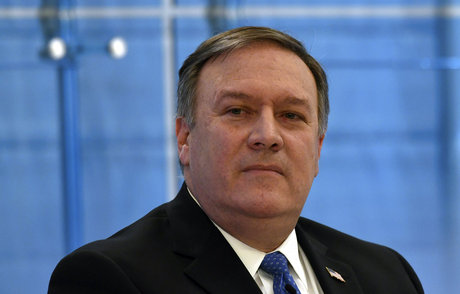 U.S. Secretary of State Mike Pompeo on Sunday pledged that the United States will continue to support the Lebanese people.

“Best wishes to the people of Lebanon on the republic’s 77th anniversary of independence,” he said in a tweet.

“The United States stands by the people of Lebanon and remains committed to supporting them as they face unprecedented challenges,” Pompeo added.

God bless you Mr Pompeo; You and President Trump have proven your commitment to a just stable Middle East. After 70 years of war, bloodshed and ancient ideologies which have no place in today's world you are a light and breath of fresh air in your realism and deeds.