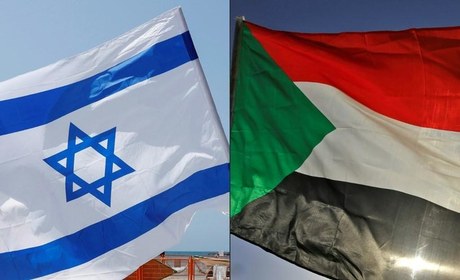 Sudan's government on Tuesday denied having information about the visit of an Israeli delegation to Khartoum announced the day before by an official from Tel Aviv.

"The cabinet is not aware of an Israeli delegation and we have no confirmation that this visit took place," government spokesman Faisal Mohammed Saleh told AFP.

"We also have no information on a Sudanese delegation visiting Israel."

On Monday, a senior Israeli official said the Jewish state had sent a delegation to Sudan -- the first such visit since last month's announcement of an agreement to normalise relations between the two countries.

The Israel-Sudan pact has yet to be formally signed.

"We have a pre-existing deal that normalisation with Israel should be approved by the transitional parliament," said Saleh.

Prior to that, "there should not be any form of communication with Israel," he added.

Sudan has yet to form a parliament since the April 2019 ouster of former president Omar al-Bashir following mass protests against his rule.

The country has embarked on a rocky transitional period that saw the post-Bashir government seeking to turn the page on its status as an international pariah.

Sudan was the third Arab country this year to announce a normalisation deal with Israel, after the United Arab Emirates and Bahrain.

Israel has hailed the accords as historic diplomatic agreements but Palestinians have condemned them, urging Arab states to hold firm until Israel ends its occupation of Palestinian territory and agrees to the creation of a Palestinian state.