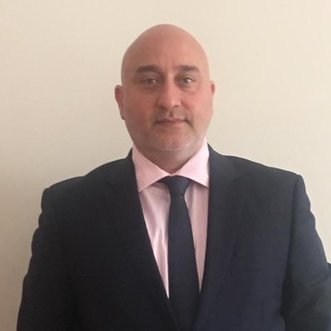 Consul General of Lebanon in Istanbul Mazen Kabbara warned on Thursday that the Lebanese are at risk of being exploited by mafias deceiving them into paying huge amounts of money in return for smuggling them into Europe, the National News Agency reported.

In a statement, Kabbara said the mobsters are taking sums of money making Lebanese believe they will be smuggled into Europe, but they only abandon them on the Turkey-Greek border or Bulgaria.

Kabbara added that on these borders, the abandoned undocumented individuals get arrested for illegal entry.

“We at the consulate provide assistance for these individuals, which is limited to securing their return back home,” noted Kabbara.

He said it has turned into an "alarming situation taking into consideration the growing number of people," as he urged vigilance on part of the authorities in Lebanon.

God bless hezbollah aka the Lebanese government, army, and presidency for making the Lebanese people travel to Europe in order to enjoy the prosperity prevailing in Lebanon afforded to us by the Shia resistance and the Islamic Republic of Iran.

Unlivable in the long term ... its unlivable now.

at the border, they are left at the border, Turkish side, meaning they could have just taken a flight to Istanbul and go north on their own.

My question is what is being done about the human smuggling industry? It keeps thriving year after year but somehow every regime in the region (especially israel, philippo) use their resources to track down some harmless person who posted something against its oppression. Why can't they stop these criminals using the misery of people to become rich? Domestic violence still takes place in large numbers because the culprits know the state won't do much. Crimes where average citizens are the victims are ignored whereas the so called crime of people offending the government and leaders and states are prioritized. And yet we have people who claim to be civilized lick the boots of oppressive regimes in the region (from both sides).