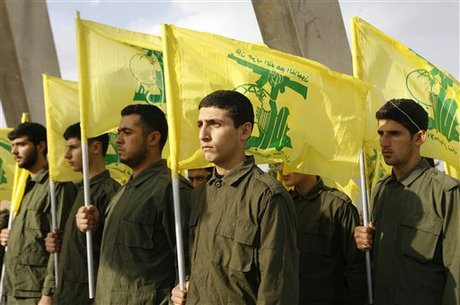 The United States has welcomed the Latvian government’s recent announcement that it considers Hizbullah in its entirety as a “terrorist organization.”

“The continued announcements by countries in Europe, Latin America, and other regions of actions against the terrorist organization send a strong message to Hizbullah and its backers in Iran that a new day is coming,” Brown added.

“On this new day, Hizbullah operatives will no longer be able to operate from European soil, and the European Union will follow the lead of a number of European governments by closing the loopholes opened up by the false distinction between Hizbullah’s so-called military and political wings,” Brown explained.

He added that the United States continues to call on all countries to “take whatever action they can to prevent its operatives, recruiters, and financiers, from operating on their territories.”

lol @ the native independent shia leftist from see above

lol @ the shia 'christian' of european parents from dahieh with a deteriorating deep and wide luv tunnel that is open to the public 24/7.

Go live in Iran and and join the mullahs.

How many names do you use?

lol @blacacabla
The Joke of the Day
Like Every Other Day

The Lebanese people recognises hezbollah as a terriost organisation, waiting for the government to do the same. Oh yeah, they can't because they'll be assassinated

Hizballah = the cancer of Lebanon. The other cancer are the rest of the politicians and their sheeps