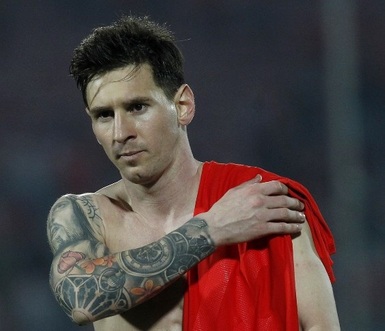 Lionel Messi will be given a timely rest by coach Ronald Koeman as Barcelona travel to Hungary for a Champions League match at Ferencvaros on Wednesday with their tickets already booked for the next round.

Barcelona top Group G on 12 points from four games, but are wallowing in seventh in the Spanish Liga a daunting 10 points behind leaders Real Sociedad.

Barcelona's struggling coach Ronald Koeman said the match in Hungary was an excellent opportunity to rest stars and give a run out to lesser lights.

"We wouldn't normally do this, but with the calendar being what it is this year there are only a few opportunities to rest people and tomorrow is one of them," said the Dutchman.

Goalkeeper Marc-Andre Ter Stegen and Brazilian midfielder Coutinho will also sit out the match to be fresh for domestic duties.

"Saturday's match (against Cadiz) is an important one for our progress in the league, and after tomorrow, there will be few opportunities to rest for anyone," Koeman said.

Messi "is key for our attack, if the ball reaches him, there is movement, there is a lot of quality in his passes," Koeman said.

"At the beginning of the season, he struggled a bit more and this might not be a 30 goal season.

"But he is working well, he is still a very important and decisive player in our attack. Leo is a player who always wants to play."

Barcelona's back up forward Martin Braithwaite could start on Wednesday after scoring three times in his last two matches.