France Says its Roadmap for Reform Unfulfilled in Lebanon 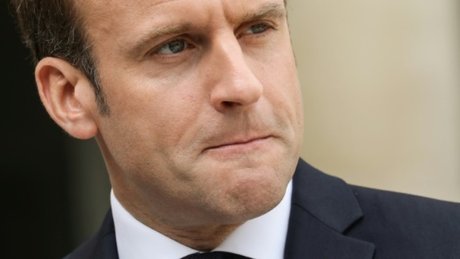 The French presidency reportedly said the US sanctions against the political class in Lebanon had “no impact” so far and will not ease the government formation gridlock, media reports said Wednesday.

France indicated that “a deteriorating monetary situation in the country only means Lebanon is to face additional difficulties and problems, which makes a real audit of the country’s Central Bank more imperative,” the reports added.

“None of the measures required in the French road map for Lebanon have been implemented, and nothing has been implemented regarding audit of the central bank’s accounts,” added the French presidency.
The Lebanese cannot function independently, they do not trust each other, they only listen to the one with a whip, they are begging for a dictatorial regime

1. Complete dissintegration and collapse of the so called Republic of Lebanon, and divide based on sects and hence federalism

2. A complete dissolution of all institutions and the French make Lebanon an Overseas territory administered by a French Governor, subject to all french rules and laws. No Lebanese parties no Lebanese lawmakers. The EURO is the currency and NO French/EU citisenship.

I completely disagree, this is my opinion, not every nation with internal tensions end up getting dissintegrated or colonized. A revolution with a head is needed. Thawra had no one person that had good intentions and that can lead it. A revolution without a head has its own ups like its not hard to shut it down but if it succeeds, who will be in charge of the needed reforms?