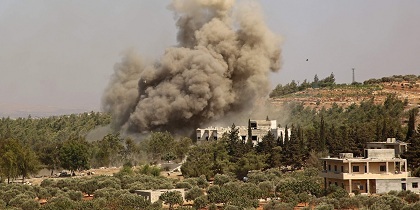 The Syrian conflict claimed at least 6,800 people in 2020, the lowest annual death toll since it began nearly a decade ago, a war monitor said Thursday.

According to figures compiled by the Syrian Observatory for Human Rights, more than 10,000 people were killed in the conflict in 2019.

The deadliest year was 2014, when more than 76,000 people died, according to the UK-based organisation, which has an extensive network of sources on the ground.

The fighting, which erupted in 2011 after the brutal repression of anti-government protests, has largely abated in 2020 as a ceasefire held in northwestern Syria and attention turned to containing the coronavirus pandemic.

Violence continues to claim lives every week, however.

On Wednesday, fighters from the Islamic State jihadist group ambushed soldiers in the eastern province of Deir Ezzor, killing 37 of them.

The attack was one of the deadliest by the organisation since the end of its so-called caliphate in early 2019.

Almost 10 years of war have devastated Syria's infrastructure, crippled the economy and led to the displacement of more than half of its pre-war population.

When the total killed reaches 400k it will get the attention of the UNHRC.