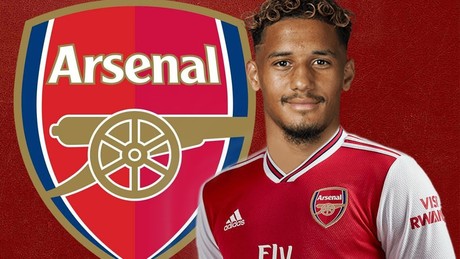 Arsenal defender William Saliba is undergoing a medical ahead of a possible move to Nice, the French club's coach Adrian Ursea said on Monday.

Sources told AFP the 19-year-old center-back, who has yet to feature for the Gunners' first team since joining from Saint-Etienne in June, will sign a loan deal on the Mediterranean coast.

"But nothing is finalized, yet," he added.

The Premier League outfit paid 30 million euros ($36.8 million) in July 2019 for Saliba before sending the France under-20 international back to Saint-Etienne on-loan for a season.

Saliba would come in as cover for injured captain Dante with Ursea's side's first match since the winter break Wednesday's trip to Brest.