Salameh: Era of the Dollar Peg Has Finished 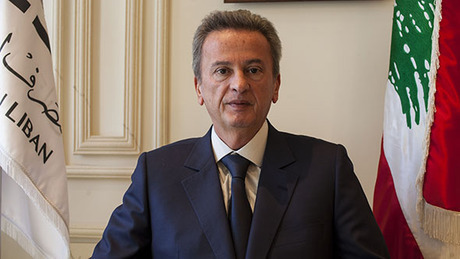 Central Bank Governor Riad Salameh announced that the “era of the dollar peg has finished,” and that the Lebanese currency would be floated if an agreement was reached with the International Monetary Fund.

In remarks to France 24 on Friday, Salameh said the Lebanese have transferred around one billion dollars from their accounts in local banks.

He said the crisis in Lebanon will get worse if a new government is not urgently formed to implement the much-needed reforms.

The Governor pointed out that he had suggested, at the start of the crisis, the application of "Capital Control", which was rejected by the political forces.

He stressed that the Banque du Liban had provided all the necessary information to the forensic audit into the Central Bank’s accounts as required by the international community, indicating that he was a victim of systematic campaigns to hold him responsible for the collapse.

Salameh assured that he does not intend to resign, nevertheless hopes that a plan he placed to reform the banking system succeeds.

The governor says that political forces rejected his proposal to apply "capital control", but such control is being actually applied. I can prove this from personal experience. I am prepared to provide information if contacted by email.