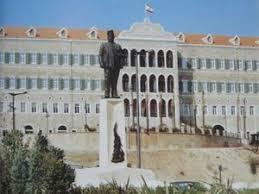 Forming a new government in Lebanon seems to falter further despite the country’s need for a reform cabinet much hoped for to begin the process of recovery in the crisis-hit nation.

Media reports close to Baabda Presidential Palace told al-Joumhouria daily on Monday that no progress was recorded from any side or party in relation to the governmental file.

They said Baabda circles are “waiting to hear something new” from PM-designate Saad Hariri after his foreign trip abroad, apparently referring to Hariri’s recent unannounced visit to Turkey where he held talks with Turkish President Recep Tayyib Erdogan.

On Sunday, Free Patriotic Movement chief Jebran Bassil lashed out at Hariri, and warned of a perceived attempt to return the country to the “pre-2005 era.”

“We do not entrust Hariri alone with reform and to them this government is aimed at seizing control of the country and returning us to the pre-2005 era,” he said.

Meanwhile, Hariri’s al-Mustaqbal Movement said the PM-designate has already presented the line-up of a reformist cabinet to President Michel Aoun.

For his part, Maronite Patriarch Beshara al-Rahi reiterated his call for President Michel Aoun and Hariri to hold a “personal reconciliation meeting.”

Rahi said that domestic and foreign obstacles should vanish before the salvation of Lebanon’s fate and reviving the state of institutions.

the following was posted yesterday, I thought also appropriate for this article.
The illness of Lebanon is easy to diagnose , but difficult to cure. The incubation of the illness took centuries the cure needs at least 2 generations.The illness : the population is brought up and conditioned to think and behave in clan and religion dependency and loyalty ; this means acceptance of a feudal leader and/or warlord supported by the religious head, the latter will reward ( by corruption) the followers/slaves by offering them government positions. Needless to say, with such a mindset cooperation with other clans is doomed to fail. Cure? start by teaching the youth to be open to other cultures ,opinions,religions and think ,behave and be loyal (only )to the nation key factors ( Economy,health,education,social, foreign, securityetc...). unfortunately
2 generations are needed.

The diagnostic. 100% agree. (For example, Berri, in 2016, creating 5000 new army positions to hire civil servants to vote for him)
The cure. U got it wrong. 1- Political leaders should have no say in hiring civil servants.
2- hiring of civil servants should be frozen.

Leb.first ;thanks for your reply, good that we agree on the first part, let's try to agree on the second part, my question to you: do you agree to the idea , if the youth of Lebanon are brought up to be open to other cultures, to accept that others are allowed to have other opinions, and different views should be solved through dialogue and not through conflicts, and the national interest is above the tribal one. Don't you think that this mentality will contribute that Lebanon will be better off in the future?

Kazan - Totally agree that would be the best course of action for the youth, but unfortunately you need the seniors to believe it to be able to teach it, and in Lebanon it seems they are unwilling to do so because foreign powers do not want this to happen. They dont want a peaceful Lebanon or a stable Lebanon, because if this does happen then people would start to think of LEBANON first and they cant let that happen. In Australia we come from all different backgrounds but we come together as a country and that happens because we dont have the likes of Iran, SA, Syria etc dictating what should be happening. I think most countries in the world (even third world ones) would laugh at the sight of a PM designate and other politicians having to go to another country to seek permission to form Government. If that is not a failed state I dont know what is...