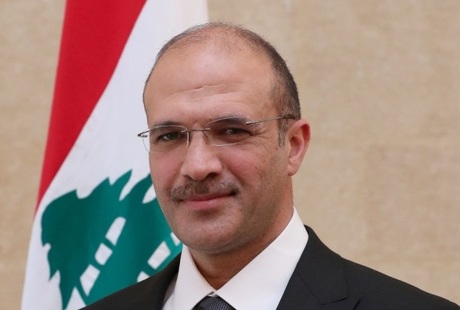 In a statement, the hospital described the minister’s situation as “good.”

The development comes on the eve of an 11-day strict lockdown that Lebanon will implement in a bid to curb a dangerous spike in coronavirus cases.

Critics have said uncoordinated and hesitant policies wavering between relaxing restrictions and shutting down were behind the failure to contain the virus.

For instance, despite a rise in infections, the government relaxed restrictions ahead of Christmas and New Year's celebrations, hoping to boost a crumbling local economy as thousands of Lebanese expats arrived in the country. Bars and nightclubs, which had been ordered shut for months, were allowed to open.

Daily infection rates have since hovered above 3,000, hitting an all-time high of over 5,000 last week. Doctors and experts say the extent of the spread has yet to be felt, predicting numbers will skyrocket in the coming days, overwhelming health facilities in the country of nearly 6 million.

Usually, evil people always make it. So I wouldn’t worry too much for him. He’ll get 1st class care that the ruling class has...

In Australia there are 5 people in Brisbane in government controlled mandatory 14 day quaranteen who have the B.1.1.7 UK covid strain.

Two of them- a father and daughter just came back from Lebanon and are infected with it. The government fears the virus might have spread on one floor of the quarantine hotel and so the government response here is to evacuate the entire hotel into a new hotel and deep clean everything.

That is how serious it is for just 5 people.

The fact that two people have it and they came from Lebanon surely means the UK variant is everywhere in Lebanon and the government has no idea how to stop it.

Because 5 people have covid they fully shut down Brisbane and its surrounding areas of 3 million people for 3 days. It's the only way to kill the virus from spreading.

Instead of 2 weeks of shut down it needs to be 3 months of hard shutdown and border lockdown and compulsory 15 day hotel army controlled quaranteen.

3 covid tests before release. Any positive result means another 15 days quaranteen. All hospital staff and transport people (for quaranteen, taxi or food delivery) and cleaners must be tested daily!!!

All tests must be free.

Mandatory covid testing with genome sequencing to determine which strain of covid!

Food vouchers and medicine and emergency money for those who cant afford it for a 6 month period minimum.

Got off your incompetent arses lebanese government!