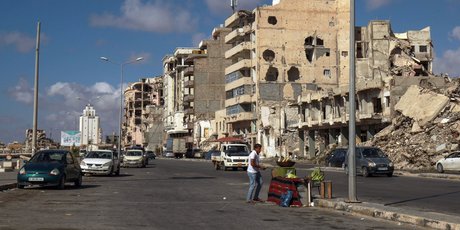 Libyan officials from rival administrations on Tuesday began talks in an Egyptian Red Sea resort about constitutional arrangements for presidential and parliamentary elections later this year, the United Nations said.

According to the U.N. acting envoy for Libya, Stephanie Williams, failure to find an arrangement will have "negative repercussions on the other tracks, including the security and economic situation."

She urged the gathering via videocall to wrap up their discussions within a two-month deadline agreed to in November in Tunisia. That agreement also called for presidential and parliamentary elections to be held on Dec. 24, 2021.

Oil-rich Libya sunk into chaos following a NATO-backed uprising that overthrew and later killed dictator Moammar Gadhafi in 2011. The North African country is today divided into two rival administrations, each backed by an array of militias and foreign powers. An administration backed by military commander Khalifa Hifter rules the east and south while a U.N.-supported government based in the capital, Tripoli, controls the west.

The so-called Libyan Political Dialogue Forum, has been negotiating a mechanism for choosing a transitional government that would lead the country to elections. U.N. Secretary-General Antonio Guterres appointed former Slovak Foreign Minister Jan Kubis on Monday to lead the U.N. political mission.

In October, Libya's rivals agreed to a U.N.-brokered cease-fire in Geneva, a deal included the departure of foreign forces and mercenaries from Libya within three months. But so far, no progress has been made on that.