Asia Markets Mostly Up on Hope for Biden Recovery Agenda 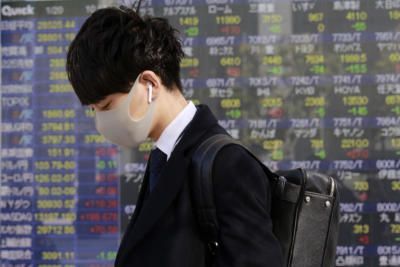 Asian investors pushed markets higher again Wednesday as they await the swearing-in of Joe Biden, while they have taken heart from comments by Treasury nominee Janet Yellen as she looks to push through the new president's stimulus proposals.

The long-running battle on trading floors between long-term recovery hopes and concerns about the immediate virus crisis was being won by the more optimistic outlook, though the disease continues to cast a menacing shadow as several governments keep lockdowns in place.

While all eyes are on Biden's inauguration, Yellen took centre stage Tuesday as she was grilled by senators for her Treasury secretary confirmation hearing.

And she did not disappoint. In comments flagged beforehand, Yellen said that in order to give the world's top economy the best chance for recovery, lawmakers must pass the new administration's $1.9 trillion spending package.

"While much of what she had to say was known via disclosure of her prepared testimony to selected media prior to the hearing, markets nevertheless were happy to discount some of the same news twice," said National Australia Bank's Ray Attrill.

"Specifically her call that extremely low interest rates provided the justification for the incoming administration to 'go big' with its proposed $1.9 trillion Covid-related support."

Observers said traders also saw it as a key positive that Yellen is a former Federal Reserve head.

"Yellen is a positive," Mohit Kumar, at Jefferies International, said. "We should have greater cooperation between the Fed and the Treasury, with both the monetary and fiscal policy working together and supportive. This is a good backdrop for risk sentiment."

And Axi strategist Stephen Innes added that she was "the best and most skilled salesperson to drive the Democrats' agenda. Greater co-operation between the Fed and Treasury is a match made in market heaven".

All three main indexes on Wall Street ended with gains as they returned from a long weekend break, and Asia continued where it left off Tuesday.

Hong Kong rallied 0.9 percent, having climbed more than three percent in the previous two days thanks to a surge in interest from mainland Chinese investors.

With Biden due to take the keys to the White House within hours, the general feeling was of hope for a less combative approach to foreign affairs than under Donald Trump, though Yellen reasserted the president-elect's intention to keep pressure on China.

She told lawmakers on Tuesday that China was "our most important strategic competitor" and accused it of "undercutting American companies" by offering illegal subsidies, dumping products at below-market prices, stealing intellectual property and erecting barriers to US exports.

The comments suggest the new administration intends to maintain pressure on Beijing, after Trump kicked off a trade war between the two superpowers.

However, secretary of state nominee Antony Blinken separately told senators that while he thought "Trump was right in taking a tougher approach to China", he added that "I disagree very much with the way he went about it in a number of areas".

Oil prices built on Tuesday's healthy advances on bets for a recovery in demand fuelled by Biden's spending plan, which offset warnings from the International Energy Agency that it saw a drop in energy use this quarter owing to lockdowns and travel restrictions.