Google and Media: Agreements, Disagreements from Paris to Sydney 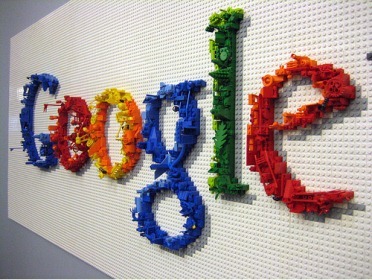 While Google has reached a deal with French dailies on compensating them for "neighboring rights", the internet giant has piqued the anger of the Australian government while signing up publishers in several countries to its new news scheme.

Here is a look at the situation.

On Thursday, Google and French newspapers announced they had signed an agreement aimed at opening the way to digital copyright payments from the online giant.

It is the first deal since the introduction of "neighboring rights", which call for payment for showing news content with internet searches, which was introduced by an EU directive two years ago.

The agreement sets a framework for Google to negotiate individual license agreements, with payments to be calculated individually and based on criteria including internet viewing figures and the amount of information published.

The deal is a major step as Google had fought against neighboring rights, and still needs to work out arrangements with other French media seeking compensation including Agence France-Presse (AFP).

Google had reached individual deals with several media at the end of last year.

Australia's government has taken one of the most aggressive positions globally to check the power of U.S. digital giants.

It plans to force Google and Facebook to pay media organizations when their platforms host their content or face millions of dollars in fines, which has drawn the ire of firms.

In mid-January, Google began to block several Australian news sites from certain search users, showing old content or links to other sites according to local media.

A Google spokesman said the firm is "currently running a few experiments that will each reach about one percent of Google Search users in Australia to measure the impacts of news businesses and Google Search on each other."

Many news publishers have been irate that Google makes millions in advertising revenue off news search results but refuses to share it.

Google has said that providing headlines and snippets of stories helps drive readers to news sites, benefiting publishers, and has often warned it would stop listing content rather than pay.

Australia's Treasurer Josh Frydenberg hit back at Google's "experiment", saying it should not be preventing Australians from accessing local news.

"The digital giants should focus on paying for original content, not blocking it," he said.

In 2020, Google launched News Showcase, a licensing program under which it pays media in exchange for "high-quality content."

It said Wednesday that the project had 450 members in a dozen countries, including the Reuters news agency.

Google also designed the project to boost newspapers' digital strategies, for example by allowing them to test new editorial formats.

The Google News Initiative that began several years ago provides training and program development and support to help media make a profit from online publications.

The agreement between Google and the French newspapers includes access to the initiative for those that sign licensing deals with Google.