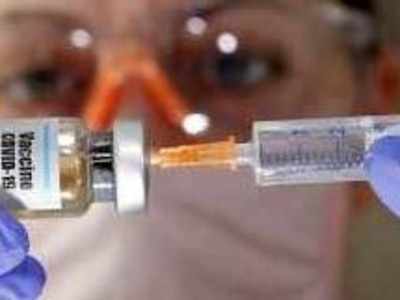 The Brazilian government said Thursday that a shipment of two million doses of the British AstraZeneca-Oxford Covid-19 vaccine was finally set to arrive in the country from India.

The delivery Friday would be a much-needed boost to Brazil's vaccination program.

"The two million doses of AstraZeneca should arrive in Brazil Friday in the late afternoon," the ministry of health said in a statement.

The doses were originally set to arrive in Brazil last week.

President Jair Bolsonaro blamed the delay on "political pressures" on the government of Indian Prime Minister Narendra Modi to prioritize vaccinations in his own country first.

Brazil is the second-worst hit country by the coronavirus in the world -- only behind the United States -- with more than 214,000 deaths among its 212 million inhabitants.

The government had been relying on the vaccine developed by British-Swedish pharmaceutical company AstraZeneca in collaboration with Oxford University and the Fiocruz Foundation of the Brazilian Ministry of Health to launch its inoculation drive.

But it had to be satisfied with the release last week of six million doses of CoronaVac, which was developed by the Chinese lab Sinovac with the Brazilian Butantan Institute in Sao Paulo.

That shot has been promoted by the governor of the state of Sao Paulo, Joao Doria, who is seen as a potential rival of far-right incumbent Jair Bolsonaro for the 2022 presidential race.