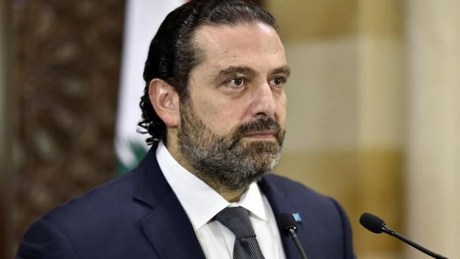 The daily said that Hariri has sent a message to Aoun on the matter, assuring him that he “overlooked the leaked video and the personal offense it contained.”

Later on Friday, sources of Hariri's Center House said the report published in al-Joumhouria was unfounded, and that Hariri did not send any letter to the President.

The sources said the news was intended to "only relay a message that Aoun is not going to invite Hariri for talks at Baabda Palace," which only "reflects Baabda's adamant insistence to only adopt the standards placed" by Aoun's son-in-law MP "Jebran Bassil, despite constant denial."

The two men have not met on the government formation since last week when the video was leaked.

But the newspaper added that Aoun “will not initiate contact with Hariri, nor will he invite him to a meeting at Baabda Palace if he does not see a change in Hariri’s his tough stances, and a tendency to form a government according to criteria raised by Aoun during their earlier meetings.”

You are wrong dear... Saaed set me up for life.