Qabalan: Traitor is that Who Leaves the Country to Fatal Vacuum 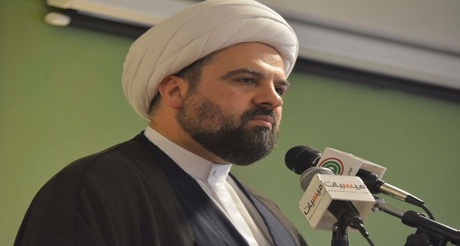 Grand Jaafarite Shiite Mufti Sheikh Ahmed Qabalan described as “traitor” the officials who leave the country to its deadly governmental vacuum, while the Lebanese drench down into poverty.

“Delusional are those who believe that starving the people grant them power to turn the table. History shall hold them accountable,” added Qabalan.

The formation of a much-needed government has stalled in Lebanon since the designation of PM-designate Saad Hariri in October.

President Michel Aoun and PM-designate still can not agree on a government format of experts to begin a reform process of steering the country out of multiple crises, including a crippling economic crisis.

Addressing the political class, Qabalan stated that “Lebanon has changed drastically. The country is now in another mold, we do not want to be pushed into chaos, but it is unacceptable that you be satiated and safe while the people starve and get baffled. Political change must be based on national unity.”

Traitors are those who made Lebanon an attack post for Iran criminal regime, those systematically destroyed Lebanese institutions, assassinated Lebanon's best, created an exodus of all multinationals with their good paying jobs, created a community of brainwashed basij living on degrading subsidies, and worst destroyed our democracy, economy, sovereignty, justice and freedom. Lebanon's awakening is finally coming and Hizbollah and all its traitor supporters will be brought to justice after having taken Lebanon to hell and transformed the nation with the best human and intellectual potential in the region to a beggar destitute nation.