Israel Says Shot Down Drone that Crossed from Lebanon 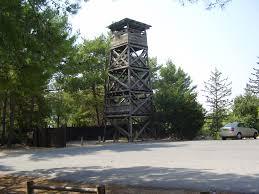 The Israeli army on Friday shot down a drone that crossed into Israeli airspace from Lebanon, a spokesman said.

The drone was “monitored and tracked throughout the incident,” Israeli army spokesman Avichay Adraee announced on Twitter.

The Israeli army “will continue to work on preventing any violation of Israel’s sovereignty,” he added.

Israeli media reports meanwhile said that the drone, which only had the capability to record footage, was shot down over the Israeli settlement of Hanita after penetrating Israeli airspace for only 150 meters.

God bless Hezbollah aka the Lebanese Army for adhering to the spirit of U.N resolution and for exposing the aggressive nature of the Israeli enemy. By sending the drone into Israeli airspace, our Shia resistance and Lebanon confirmed their commitment to U.N resolutions and exposing the malicious intention of the zionist state.

Where is beauty defense minister Akar? Is she going to press for filing a complaint with the United Nations?