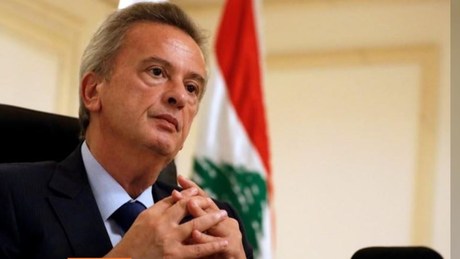 Governor of the Central Bank of Lebanon Riad Salameh said in a statement on Monday that the news and figures circulating on social media about transfers from the bank are "exaggerated" and only seek to tamper with the image of BDL and its governor.

“The governor of the Banque du Liban affirms that all the news and numbers circulating in some media outlets and on social media are very exaggerated and have no connection with reality, they systematically aim to tamper with the image of the Central Bank and its governor,” said Salameh in a statement.

The statement added that Salameh “refuses to dwell into numbers or facts only to refute the lies, whereas the file is in the handling of Lebanese and Swiss judiciary.”

Salameh emphasized that the “principle of lying constantly,” will not work, because all “facts are documented.”

A probe that began last week at a Swiss request was looking into $400 million purportedly transferred out of Lebanon, by Salameh, his brother, his assistant and financial institutions linked to the central bank, allegations Salameh's office has denied.

The Swiss attorney general's office said Tuesday it had requested assistance from Lebanon in an investigation into "aggravated money laundering... in connection with possible embezzlement to the detriment of" the Lebanese central bank.

This guy should be hanged