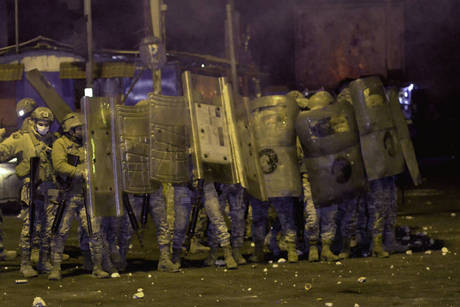 The Lebanese army said on Wednesday that 31 troops were injured in overnight clashes in the northern city of Tripoli with demonstrators angered by a coronavirus lockdown.

The Red Cross said dozens were injured in the clashes, but it was not immediately clear how many soldiers were included in the Red Cross toll.

At least nine of the injured were treated in hospital following rolling scuffles, said the Red Cross.

Good news - they are only useful to beat up people...

So now we know, if they can't even control demonstrating mobs, what chance do they have in initiating Lebanese national territorial security against Hizballah.