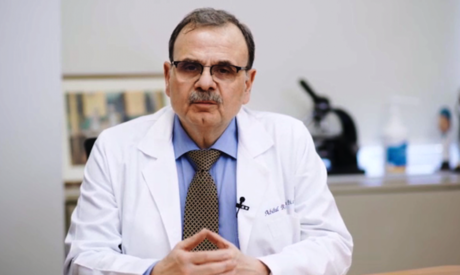 Head of the National Committee for the Administration of Corona Vaccine and infectious disease specialist, Dr. Abdul Rahman Bizri assured on Monday that Pfizer-BioTech corona vaccine was safe and effective, noting minor side effects reported among people who got the vaccine, Nidaa al-Watan newspaper reported Monday.

“Pfizer is safe and effective with no major symptoms reported among individuals receiving the vaccine. We did not witness severe cases that required urgent hospitalization,” said Bizri in remarks to the daily.

He said less than ten individuals who got the vaccine chose to enter the hospital for observation and that they left shortly after.

Bizri emphasized that symptoms remain “regular” after getting inoculated.

“February is when we started the vaccination campaign, March will be the flare-up of vaccines with the arrival of more flexible vaccines to all Lebanese regions, while April is a month to reassure people of our ability to reach different segments of society,” he concluded.