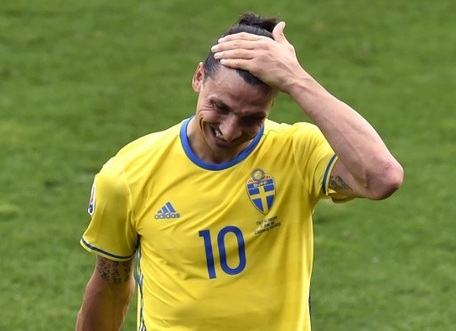 AC Milan's virtuoso soloist Zlatan Ibrahimovic will juggle football and music next week, the Swede having agreed to be one of the star presenters of the annual San Remo music festival.

A tailor-made score has been established to allow the footballer to ensure his commitments with the festival, broadcast live for five nights from Tuesday, March 2, while playing with the Milan club.

Milan, second in Serie A, four points behind city rivals Inter, play at home against Udinese on March 3 in the evening and at Verona on Sunday, March 7 in the afternoon.

"He will be here (San Remo) on Tuesday, on Wednesday he will have a match, and he will return from Thursday to Saturday," explained Amadeus, the organiser of the musical festival.

Created back in 1951 in the tourist resort of San Remo, a short hop from the French Riviera, the festival has helped launch several top Italian names from Eros Ramazzotti to Andrea Bocelli.

The Swedish star will train on Monday at his team's Milanello training center, the day after Sunday's match against Roma.

He will then train in San Remo on Tuesday with a member of the club's technical staff, and again on Friday and Saturday in the seaside town before Sunday's game in Verona.

AC Milan confirmed: "On Tuesday, Friday and Saturday, Zlatan will train in a dedicated facility on the Riviera and will be followed by a member of staff made available by the club."

La Gazzetta dello Sport said that the club had been warned of the Ibrahimovic's extra engagement back in August, before he extended his one-year contract.

The 39-year-old striker has scored 16 goals this season in all competitions and has been the architect of the team's recovery as they target a first league title since 2011.

"Ibra is an experienced professional," a source at Milan said, pointing out that during the three-month coronavirus suspension, the veteran "always managed to keep in shape."

Bologna coach Sinisa Mihajlovic has defended Ibrahimovic's participation in this festival where the two men, lifelong friends, could sing together.