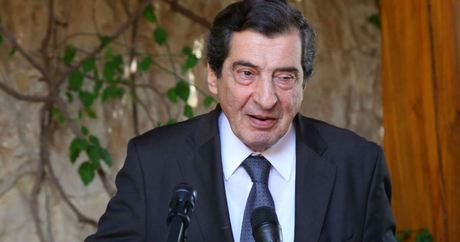 Deputy Speaker Elie Ferzli stressed Wednesday that the controversial vaccination on Tuesday of a number of MPs and parliament officials was “not a crime,” as he launched a vehement attack on World Bank regional director Saroj Kumar Jha.

“What was the mistake committed by the lawmakers who underwent the vaccination process?” Ferzli asked reporters at a press conference, noting that 25 MPs and 25 parliament employees have so far contracted coronavirus.

“Where is the crime if the Health Ministry, under the stipulated conditions, made the move of inoculating 11 MPs who are over 70 years old and most of whom are above 75?” Ferzli added.

Noting that “the observatory of the American University (of Beirut) has admitted that more than 50% of people who received the vaccine did not have their names registered on the (national) platform,” the Deputy Speaker criticized the World Bank’s regional director for allegedly failing to condemn the reported violations.

“Why didn’t we hear your voice and threats over this? You are playing a political role in this regard,” Ferzli added, addressing Saroj Kumar Jha and poking fun at his name, twice.

Giving his account of events, the Deputy Speaker said Parliament Secretary General Adnan Daher had communicated with the the Health Ministry to inquire about the mechanism and conditions for the vaccination of incumbent and former MPs and parliament’s civilian and military employees.

“On February 8, 2021, the Health Minister requested that lists of the names of the MPs and employees be sent via email and he also asked that they fill in the forms used by the Health Ministry for registration on the platform,” Ferzli explained.

“These preparations were coordinated between parliament’s secretary general and the adviser at the Health Ministry, Dr. Mahmoud Zalzali, who was tasked by the minister to carry out this coordination,” Ferzli added.

He also revealed that Zalzali informed Secretary General Daher at 8:30 pm Monday that those whose names were listed and were at least 70 years of age would be vaccinated on Tuesday, February 23.

“Parliament’s administration immediately informed the 26 MPs so that they receive the vaccine,” Ferzli added.

He also noted that the vaccination process took place in the presence of representatives of the Health Ministry, the Lebanese Red Cross and the International Federation of Red Cross and Red Crescent Societies.

He added that the IFRC team is “tasked by the World Bank” to monitor the vaccination campaign in Lebanon.

“11 MPs and 11 employees were vaccinated under the supervision of all the members of the visiting health and medical team,” Ferzli said, noting that three remaining vaccines were “given to Red Cross members who needed this inoculation” in order not to make a violation by vaccinating any MP or employee who is below 70 years of age.

The World Bank had threatened Tuesday to suspend financing for coronavirus vaccines in Lebanon as it investigated accusations that lawmakers were inoculated in parliament without prior approval.

"Everyone has to register and wait for their turn! #nowasta," the World Bank's regional director, Saroj Kumar Jha, tweeted. He used a Lebanese term meaning there should not be nepotism.

The World Bank "may suspend financing for vaccines and support for COVID19 response across Lebanon!!" Jha said. "I appeal to all, I mean all, regardless of your position, to please register and wait for your turn."

Jha added that the vaccination plan "is not in line with the national plan" agreed with the World Bank and "we would record it (as a) breach of terms and conditions agreed with us for fair and equitable vaccination."

The World Bank is a major financier of Lebanon's coronavirus campaign and has approved $34 million to pay for vaccines for 2 million people. Suspending its assistance would have grave implications for the cash-strapped government, which is going through an unprecedented financial and economic crisis and reliant on foreign assistance.

The World Bank and the International Federation of the Red Cross and Red Crescent Societies have signed an agreement for independent monitoring of the coronavirus vaccination campaign in Lebanon. Decades of corruption and mismanagement have brought the country to the brink of bankruptcy and collapse.

Lebanese had been expecting the vaccine rollout to be riddled with corruption and violations, but news of the vaccination of lawmakers as a political group at a building used by the legislature provoked fresh outrage among the country's population on Tuesday.

Lebanon’s national plan prioritizes medical workers and residents over 75 years old in its current first phase. Some of the legislators inoculated Tuesday were younger than 75, including Ferzli himself, who is 71.

In January, Lebanon's government had launched a digital coronavirus vaccination registration platform for residents of the nation.

Ferzli and Co are not even 75. What the heck is he even talking about. There are people in their nineties with no blood on their hands who are still waiting for their shots.

Arrogant Syrian POS! Add him to the list of executions....

People like him make me a big proponent of live executions streamed on social media.

What a disgusting pompous person. Same self-righteous garbage as Hizb and Aoun.