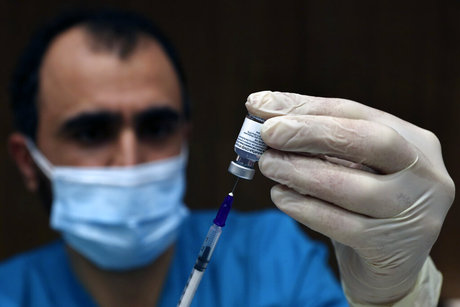 Lebanon’s Health Ministry said Wednesday that it has authorized 20 private companies to import Covid-19 vaccines into the country.

In a phone call with LBCI TV, a Ministry official said the local companies “have so far faced rejection from the companies that manufacture the vaccines.”

Arab Tawhid Party leader Wiam Wahhab had earlier tweeted that caretaker Health Minister Hamad Hassan has told him in a phone call that he had granted several permissions to private companies to import the vaccine.

“But the companies have been unable to import it due to the rejection of the manufacturing companies,” Wahhab quoted Hassan as saying.

“He assured that the quantity of vaccines (shipped to Lebanon) will increase within days, and I suggested the presence of two vaccines: one free of charge and the second would be for a fee,” Wahhab added.

The news comes a day after the World Bank threatened to suspend financing for coronavirus vaccines in Lebanon as it investigated suspected favoritism amid accusations that lawmakers were inoculated in parliament without prior approval.

The vaccination campaign began Feb. 14 and Lebanon has so far received nearly 60,000 doses of Pfizer-BioNTech vaccine. Some 17,000 people have so far had their first injection, according to health officials, a rate some criticize as being too slow.

Lebanese had been expecting the vaccine rollout to be riddled with corruption and violations, but news of the vaccination of lawmakers as a political group at a building used by the legislature provoked fresh outrage among the country's population on Tuesday.

Lebanon has ordered around six million vaccine doses in total, including two million from Pfizer/BioNTech and another 2.7 million via the international Covax distribution program.

Nobody trusts the Lebanese. For them
Lebanon = Corruption

Whichever civil servants handling this are an incompetent bunch.

They set the bar of achievements so low, they achieve so little, have an oversized ego, and divert the vaccines for clientilistic goals.

We will finish in 2023 at this rate. Please give me private sector....