Syria Govt. Says It Has Covid Vaccine from 'Friendly Country' 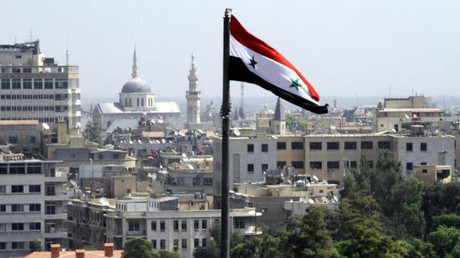 Syria's health minister on Thursday said his government procured coronavirus vaccines from a friendly country which he declined to name, adding that frontline health workers would be the first to be inoculated starting next week.

It was not clear why Hassan Ghabbash declined to name the country that provided the vaccines. He spoke at a press conference where only reporters from local media outlets were invited.

The announcement comes days after international and Israeli media reports revealed that Israel paid Russia $1.2 million to provide the Syrian government with coronavirus vaccines, as part of a deal that secured the release of an Israeli woman held in Damascus. The terms of the clandestine trade-off negotiated by Moscow remained murky; Damascus denied it happened and Russia had no comment.

Such Israeli bankrolling of Syria's vaccination efforts would be an embarrassment Syrian President Bashar Assad's government, which considers Israel its main regional enemy. The two countries remain at war and Israel occupies the Golan Heights, which Israel captured from Syria in the 1967 Mideast war and annexed in 1981, a move not widely recognized internationally.

On Tuesday, Syria's ambassador to Moscow told Russian media his country was ready to receive the Russian-made vaccine, but didn't elaborate.

However, a pro-Syrian government private newspaper, Al-Watan, reported Wednesday that the vaccine available in Syria is Chinese, quoting unnamed officials. It added that the first available batch consisted of 5,000 shots to cover 2,500 health workers in isolation centers.

The World Health Organization has said war-ravaged Syria is eligible to receive vaccines for free through the global COVAX effort aimed at helping lower-income countries obtain the shots. It said that the vaccine rollout depends on availability and distribution, and may initially cover only 3% of the population.

Authorities in areas outside Syrian government control in the country's northwest have said they are negotiating with donors to receive vaccines, possibly as early as late next month.

In government-controlled parts of Syria, authorities recorded nearly 16,000 infections and just over 1,000 deaths. In opposition-held Syria, over 21,000 infection cases and more than 400 deaths were reported.

They got it from Israel . Cadeau hdiyye.

As long as Assad and his family get the vaccine then all will be fine.