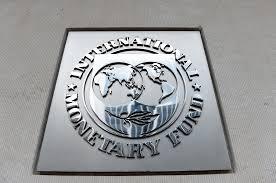 Argentine Economy Minister Martin Guzman is expected to visit Washington in mid-March to continue talks with the IMF on a new loan package, a fund spokesperson said Thursday.

The two sides have been in discussions for months to try to agree on a suite of reform measures that could unlock new funding to help Argentina recover from its economic crisis, which has been made worse by the Covid-19 pandemic.

"We don't have a precise date yet for the next formal IMF mission, but Minister Guzman, and his team have indicated that they would be traveling to Washington in mid March," IMF spokesman Gerry Rice told reporters.

Guzman said previously that the government wanted to complete negotiations with the IMF by May.

Even prior to the pandemic, the South American nation was facing a severe economic crisis despite massive IMF aid in recent years.

The coronavirus crisis exacerbated already high unemployment and poverty rates, and the government of President Alberto Fernandez is aiming to renegotiate repayments on a $44 billion loan received from the IMF in 2018.

Argentina has been in recession since that year, and the IMF projects GDP will contract nearly 12 percent in 2020 while the segment of the population living in poverty has already soared to over 40 percent.