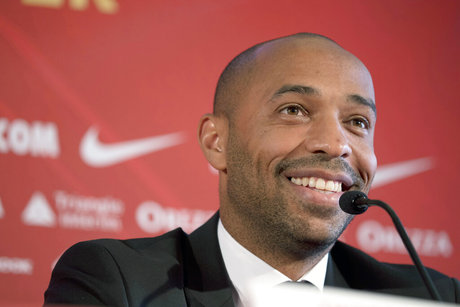 Thierry Henry has stepped down from his role as coach of CF Montreal for family reasons, the Major League Soccer outfit announced on Thursday.

"It is with a heavy heart that I've decided to take this decision," said the former Arsenal and France striker in a statement released by the club and posted on his own Twitter feed.

"The last year has been an extremely difficult one for me personally. Due to the worldwide pandemic, I was unable to see my children. Unfortunately due to the ongoing restrictions and the fact that we will have to relocate to the U.S. again for several months will be no different.

"The separation is too much of a strain for me and my kids. Therefore, it is with much sadness that I must take the decision to return to London and leave CF Montreal."

Henry, 43, was appointed by Montreal in November 2019 and signed a two-year deal.

His first season saw the Canadians finish ninth in the Eastern Conference of the MLS before losing at the first hurdle in the play-offs.

However, the season was complicated by pandemic travel restrictions which forced the team to relocate to the United States to play games.

Henry, who is Arsenal's all-time record goal-scorer and also the all-time top scorer for France, previously spent three troubled months in charge at Monaco between October 2018 and January 2019.