FPM Tells Hariri ‘Govt Must be Formed in Lebanon’ 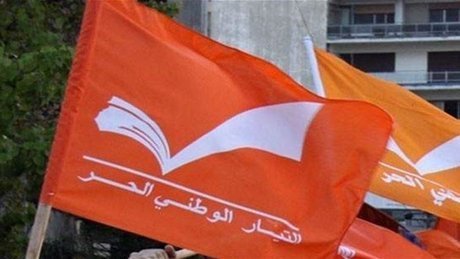 "The Lebanese government must be born in Beirut through a joint effort between PM-designate Saad Hariri and the President (Michel Aoun) as equal partners in the formation process and in consultation with the parliamentary blocs,” the FPM said in a statement.

“Ignoring the constitutional, legislative and political reality is a deliberate prolongation of the crisis, while waiting for foreign countries to intervene in Lebanese sovereign affairs without being able to find solutions to it instead of internal balances and equations,” it added.

On the relations between Bkirki and the FPM, the statement said that "the relationship with Maronite Patriarchate (Beshara el-Rahi) is based on respect," stressing the party's refusal to involve Lebanon in the politics of foreign axes.

It expressed its keenness on the principle of international cooperation and on preserving Lebanon's relations with the Arab countries and its openness to every foreign support that comes to Lebanon in the framework of respecting its sovereignty and the independence of its decision.

"The FPM statement said that "the relationship with Maronite Patriarchate (Beshara el-Rahi) is based on respect," stressing the party's REFUSAL TO INVOLVE LEBANON IN THE POLITICS OF FOREIGN AXES."

Yep, you were voted down because what you wrote they considered as fiction even when the facts came out of the same source they worship.

Maybe FPM should worry about actually FORMING a government instead of insisting on conditions. It has become clear that the SIL is the reason for the delay and his 'speech' last weekend which was ignored and mocked by all, really hurt his feelings.

As for old man aoun, 15 months since the Oct uprising and STILL NOTHING. History will not remember him in a good light.

all these politicians and their followers are not aware of what is the real problem of Lebanon, all these proposals ( new government, experts, independent,technocrats...etc...), this is not the issue. It is well known that 80% of problemsolving initiatives fail, because they tackle the symptoms and not the rootcause of the problem, same here; Lebanon problem is the feudal/religion system . Solution? yes get rid of the Druze/Sunni/Shia/Maronite etc..Mafia godfathers and their dynasties , New government should come from the ordinary people and not pupets of the existing political parties. Ofcourse this is impossible to realise because the average Lebanese feels comfortable in his/her community clan.

80% of Lebanon's problems is hizballah.

George Orwell said that when a nation or party use words like patriotic or democratic or freedom it's more likely that they are not because with those who are, it goes without saying... Makes you wonder... I still think it stands for fascist but I guess that goes without saying