Trump Endorses Rival to Republican who Voted to Impeach 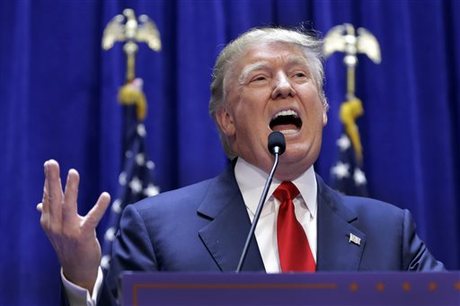 Former U.S. president Donald Trump has signaled he will seek revenge on fellow Republicans who voted to impeach him last month, and he followed through Friday, endorsing an ex-aide against an Ohio congressman.

Trump threw his "complete and total" support behind Max Miller, a 2020 deputy campaign manager and White House advisor challenging Representative Anthony Gonzalez, one of 10 Republicans who voted to impeach Trump after the deadly January 6 riot at the U.S. Capitol.

"Max Miller is a wonderful person who did a great job at the White House and will be a fantastic congressman," Trump said in a statement.

"Current Rep. Anthony Gonzalez should not be representing the people of the 16th district because he does not represent their interest or their heart," Trump added.

It is believed to be the first endorsement Trump has offered to a challenger of one of the Republicans who voted for his ouster.

"I will never back down and will never betray my constituents," Miller, 32, said in a tweet highlighting Trump's endorsement.

Trump was impeached on January 13 but acquitted one month later by the Senate. He has said he aims to play a role in Republican efforts to win back the House in 2022.