Biden and Iran Show They're Tough -- and Diplomacy Falters 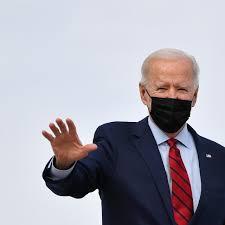 U.S. President Joe Biden took office with promises of a return to diplomacy with Iran, but both sides' determination not to look weak has jeopardized prospects of a quick breakthrough.

In the course of a few days, Iran has rejected a U.S. offer to meet under the auspices of the European Union on reviving a 2015 denuclearization accord; and Biden ordered deadly airstrikes in Syria against Iranian-linked Shiite militias blamed for attacks on U.S. interests in Iraq.

Considering the tortured history between the United States and Iran, experts said it was premature to declare the death of the latest diplomacy -- but warned that the political window for both countries was narrowing.

Trita Parsi, the author of a book on then-president Barack Obama's efforts to secure the 2015 accord, known formally as the Joint Comprehensive Plan of Action (JCPOA), said that Biden, unlike his former boss, seemed determined to mitigate the political costs by showing he is tough.

"The message is that the Biden administration is trying to do some sort of a variation of the JCPOA without angering Republicans, Israelis and Saudis. And that is impossible," said Parsi, executive vice president of the Quincy Institute for Responsible Statecraft, which is critical of US prioritization of military action.

If Iran ordered the attacks in Iraq to gain leverage, it was a "massive miscalculation, so I think to a certain extent it's fully understandable that the Biden administration feels the need to respond," Parsi said.

"But the messaging -- that it was mostly about reassuring the Saudis -- is where it gets confusing."

The strikes came just as U.S. officials pointed to Saudi Arabia's role in countering Iran, its regional rival, in explaining why they would not directly punish Crown Prince Mohammed bin Salman even after Biden declassified intelligence showing he approved the killing of US-based journalist Jamal Khashoggi.

Lawmakers of the rival Republican Party praised Biden for the Syria strikes while Israeli Prime Minister Benjamin Netanyahu, who faces his latest election later this month, had been a fierce opponent of the JCPOA, openly rallying Obama's domestic rivals.

Barbara Slavin, director of the Future of Iran Initiative at the Atlantic Council, said the United States was believed to have sent a message to Tehran through Switzerland, its normal go-between, that it considered the strikes in Syria proportionate and expected them to be the end of the cycle.

Slavin said it was possible that Iran's government does not want to look overly eager to resume talks with its arch-rival.

Former president Donald Trump pulled out of the JCPOA, in which Iran scaled back nuclear work significantly in return for promises of economic relief, and slapped sweeping sanctions aimed at weakening the clerical state.

Iran has insisted on the lifting of sanctions before it reverses steps outside of compliance with the JCPOA that it took in protest.

Slavin said that the United States needed to makes some gesture toward Iran such as letting it take back money frozen under Trump.

South Korea said last week it had agreed on unfreezing billions of dollars it owes Tehran for past oil purchases but it was awaiting approval from the United States.

- Critics in both countries -

The Biden administration has taken only symbolic steps so far including saying it no longer believes the United Nations reimposed sanctions on Iran -- a stance of the Trump administration that was widely dismissed.

Trump, returning to the public stage after a brief break with a speech Sunday to a conservative conference, apparently referred to the shift when he accused the Biden team of not being "good businesspeople."

"The new administration unilaterally withdrew our crippling sanctions on Iran, foolishly giving away all of America's leverage before negotiations have even begun," Trump said.

The top Republicans on five key Senate committees including Marco Rubio a letter to Biden warned against any sanctions relief or unfreezing of funds before negotiations, and insisted on a new agreement rather than the JCPOA.

While acknowledging the likelihood Biden will pursue diplomacy, they said the United State "should not submit to artificial urgency or deadlines, but should take a measured and deliberate approach with Iran."

Iran holds elections in 2021 that look likely to bring a president who takes a harder line with the West than the outgoing Hassan Rouhani, who took political risks negotiating with Obama.

But she added: "After the experience of the Obama administration, the U.S. and Iran know how to do this. So they should just get down to it."