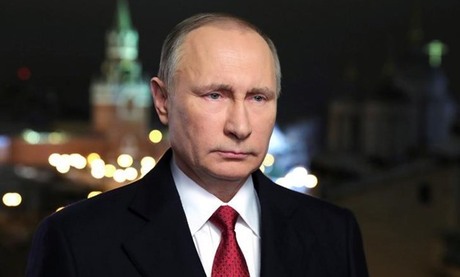 Russia warned Wednesday it would "rebuff aggression" after the United States slapped Kremlin-linked officials with sanctions over the poisoning of opposition figure Alexei Navalny.

Washington on Tuesday imposed penalties in a coordinated action with the European Union as US intelligence concluded that Moscow orchestrated the near fatal poisoning of jailed Kremlin critic Navalny in August.

"We will continue to systematically and resolutely defend our national interests and rebuff aggression," Russian foreign ministry spokeswoman Maria Zakharova said, adding Moscow would react on the basis of "reciprocity and not necessarily symmetrically."

She accused the United States of "trying to cultivate the image of an external enemy" as a way to distract attention from domestic problems.

"We urge our colleagues not to play with fire," she added in a statement published late Tuesday.

The targeted sanctions announced Tuesday signal a harder line from US President Joe Biden and add to a series of penalities the EU and the United States have imposed on Russia since Moscow annexed Crimea from Ukraine in 2014.

Echoing comments made by Foreign Minister Sergei Lavrov earlier Tuesday, Zakharova said that Russia will respond in turn to the penalties.

"We will react on the basis of the principle of reciprocity and not necessarily symmetrically," she said.

Navalny was flown to Germany for treatment but he defiantly returned in January, only to be arrested and then sent to a penal colony after spurring massive rallies through his allegations of corruption by Putin.