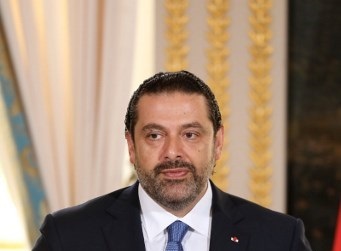 Bickering between Lebanon's political rivals has left the country in a stalemate for months, only worsening the economic disaster sparked by a debt crisis and sovereign default last year.

Disagreements between Hariri and President Michel Aoun have delayed the formation of the government for more than four months.

Hariri had recently announced that his meetings abroad are aimed at rallying support for crisis-hit Lebanon.

“I’m visiting Arab states and countries in the region and the world to rally support for Lebanon and mend ties, especially Arab relations, so that the solution can begin quickly once the government is formed, and it will be formed,” he said.

Give it up Looser!!!

The clown is on tour... Hoping for different results by doing the same thing and using the same people is the definition of stupidity...

I would call him naive and not looser, the environment of Lebanon makes every one a looser, Macron is then also a loser:=)

Nobody is a winner as long as the Iranian terror militia and its cronies rule Lebanon.