Jumblat: Bassil, His Father-in-Law, a Situation of Absurdity 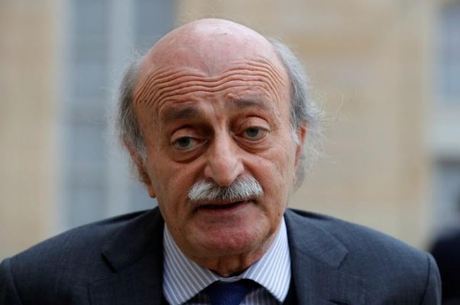 “The majority (of MPs) brought the government of Hassan Diab to later find they brought someone not like anyone else. Jebran Bassil is a situation of absurdity like his father-in-law (Michel Aoun), he hates everyone,” Jumblat said in an interview, criticizing the political performance.

He added: “So far, only a frail sound came out of Samir Geagea (LF chief) calling for the resignation of the President, while Patriarch (Beshara) el-Rahi yesterday did not urge the President’s resignation.”

Amid the crippling economic situation in the country, the PSP leader added Lebanon “is heading to an internal chaos as the result of the socio-economic situation. I don’t see any horizon for a civil war.”

He stated that the “poor monetary and economic performance and corruption led to economic collapse. In the first two months of the revolution, I asked Sheikh Saad (Hariri) and Speaker (Nabih) Berri to approve a Capital Control (law), but they refused. We would not be in this situation if we had adopted that policy.”

The criminal warlord is talking of virtue....